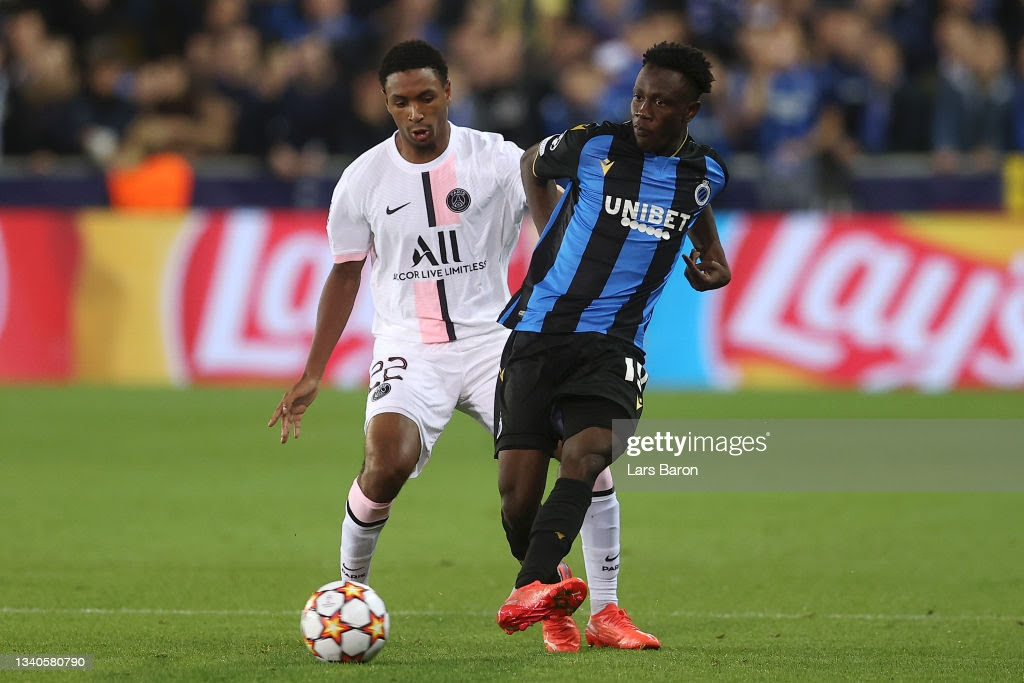 Ghanaian youth midfielder Kamal Sowah was in superb shape in midfield for Belgian side Club Brugge as they held Paris Saint-Germain to a 1-1 drawn game in the UEFA Champions League on Wednesday night.

The 21-year-old lasted 90+2 minutes for Brugge at the Jan Breydel Stadion as PSG failed to pick the maximum points against all odds.

Sowah, who joined Brugge from Leicester City, was handed a starting role, and he impressed in the middle against the likes of Leandro Paredes, Ander Herrera, and Gigi Wijnaldum.

Ander Herrera scored first for the Ligue 1 giants but Hans Vanaken level things up for the home side on the 27th-minute mark.

The winger was handed a start in the game and impressed as his side held the French Champions at the Jan Breydel Stadium.

Sowah who was operating as a wing-back showed his ability throughout and did not get a foot wrong in the game.

The 21-year-old however made way in the 90th minute for Faitout Maouassa, the only substitution made by Club Brugge.

After joining the Belgian Club from English Premier League side Leicester City, the player has been able to impress in his opening three matches for the Club.

He is expected to play in Club Brugge’s next game against Charleroi in the Belgian Jupilar League.