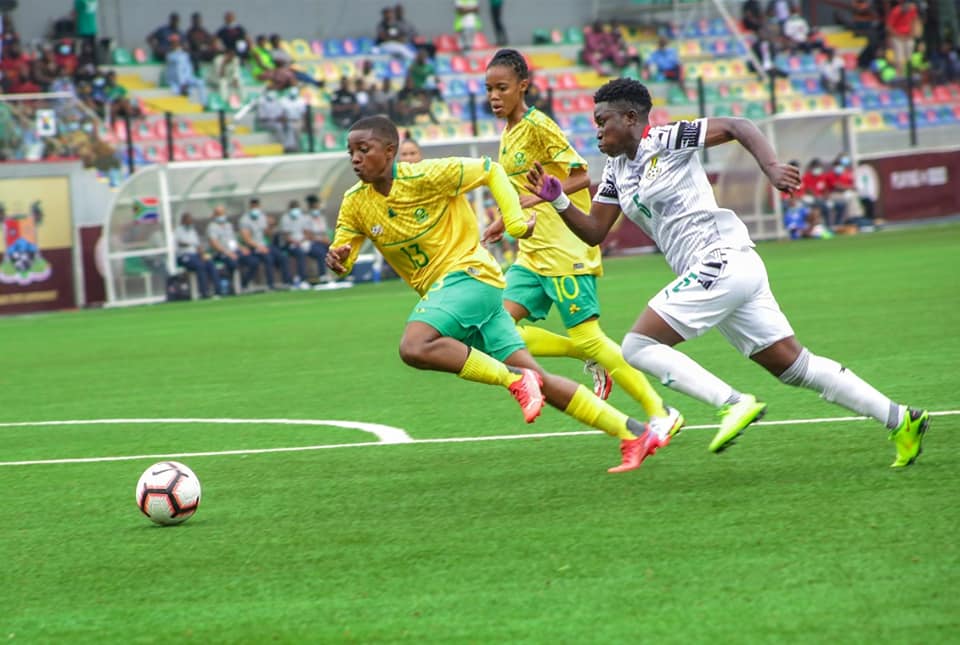 South Africa’s Banyana Banyana strolled to a comfortable 3-0 win over Ghana in the first match of the Aisha Buhari Cup played at the Mobolaji Johnson Stadium in Lagos, Nigeria on Friday afternoon.

SA, who will take on hosts Nigeria in their next match on Tuesday, secured this victory through goals from Hilda Magaia of Moron BK in Sweden, Thembi Kgatlana of Atletico Madrid in Spain and Sibulele Holweni of the University of the Western Cape.

Banyana coach Desiree Ellis is using this friendly tournament to prepare for the upcoming Cosafa Cup in Port Elizabeth later in the month and later Africa Women Cup of Nations (Awcon) qualifiers.

Banyana could have taken the lead after seven minutes but Magaia was denied the goal by alert Ghana defender Ellen Coleman, who recovered in the nick of time to clear the ball off the line.

Banyana launched another attack through star Kgatlana who watched in disbelief as her goal-bound effort bounced off Black Queens goalkeeper Dumehasi Fafali and onto the crossbar.

Luckily the ball fell into the path of alert striker Magaia who had the easy task of guiding is into the empty net after she found herself unmarked in the penalty box in the 18th minute.

Ghana started attacking SA at regular intervals and were almost rewarded with the equalising goal a few minutes later when Grace Asantewaa was denied by Banyana goalkeeper Kaylin Swart, who had come off her line.

On the stroke of halftime, Swart was equal to the task to a long-range shot from Sonia Opoku and SA reacted swiftly with a quick counterattack that saw Gabriella Salgado denied by the crossbar at the other end of the field.

Banyana increased their lead in the 52nd minute through Spanish-based Kgatlana when she beat hapless Ghanaian defender Coleman before she rounded goalkeeper Fafali to find the back of the net.

Six minutes from time SA put the match beyond doubt when defender Sibulele Holweni found herself unmarked in the box to perfectly head home a well-taken corner from Magaia.

South Africa celebrate their opening goal in the 3-0 victory over Ghana’s Black Queens on match day one at the Aisha Buhari Cup tournament in Lagos, Nigeria