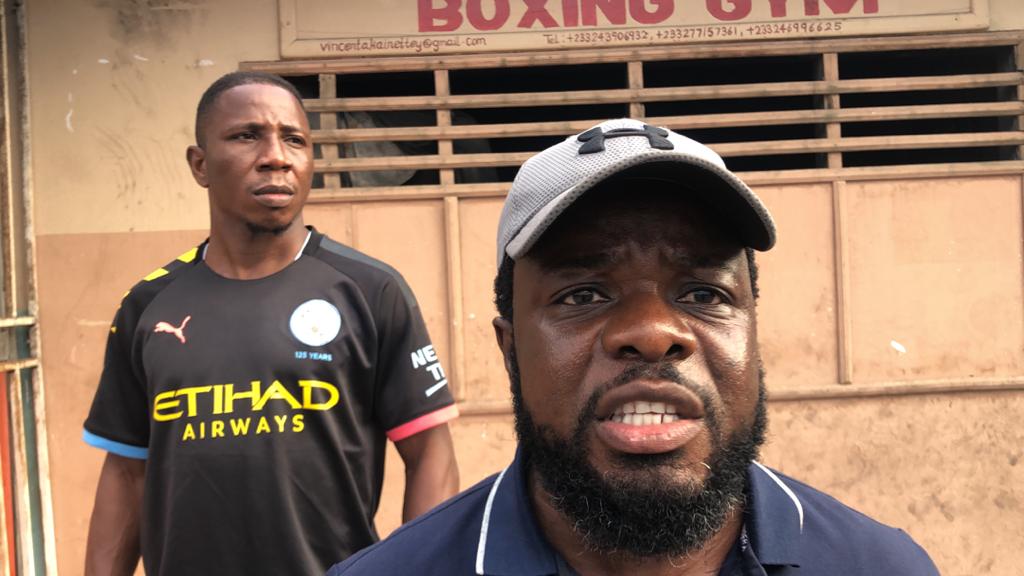 Mr. Bernie-Johnson who returned to the country only on Tuesday with his boxer from Kazakhstan where Sackey unfortunately lost a bid for the WBA international super bantamweight title, is calling out the Abraham Neequaye led GBA for not showing up to motivate his ward during preparations for the fight as they did for another boxer recently.

Sackey (25-2-1, 20 KOs) also lost the WBO Africa belt he was holding for the second time and surely the world number 12 ranking as well but it is the nonchalant attitude of the Ghanaian boxing governing body and coaches union that has made his manager furious.

“First of all, John Laryea the expensive boxer fought for WBO Africa title, the GBA didn’t visit him in training to give him morale support,” Bernie-Johnson began.

“Then came Alfred Lamptey my own boy, big up champ. When he was preparing to fight for WBO and WBC youth titles, the entire GBA board visited him in training, which is good. Ghana professional coaches association also went to give him morale support, which is also good. But you ask yourself what happened to John Laryea, is he also not a Ghanaian boxer?

“Then fast forward to Isaac Sackey, we just went to fight in Kazakkstan this past weekend, I was monitoring, all his training during our preparations , not even a single soul, the GBA or the coaches like the support they gave Alfred Lamptey that we are giving you the same morale support so that it will motivate you, ginger you.

“Not necessarily the monetary support but your presence and advice for the boy alone will just boost up his morale to perform wonders in the ring but none of them, not the GBA nor the coaches association.

“What is good for the goose is equally good for the gander, everybody deserves fair treatment. I’m not against Alfred Lamptey at all, he is my boy and I love and support him and appreciate the GBA and the coaches’ motivation of him. But the GBA should do better and let equality prevail in their treatment of all boxers, they shouldn’t do selective justice, what they have just done is so clear bias.”