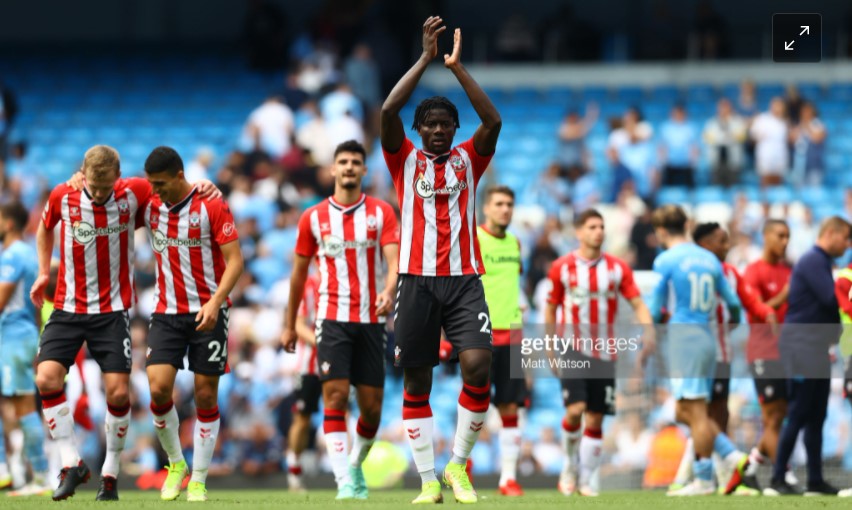 Ghanaian international Mohammed Salisu put up a scintillating performance on Saturday afternoon as Southampton returned to the Saint Mary’s with a point from Etihad.

The Saints held Champions Manchester City to a goalless drawn game in the Premier League.

Salisu, 21, was introduced on the 37th minute as a replacement for Jack Stephens who sustained an injury which forced him out of the game.

Mohammed Salisu – was outstanding for Southampton as they held

The enterprsing centre back displayed a five-star performance at the backline to thwart every inroad as Southampton clinched an important away stalemate with Manchester City.

The Citizens could not find a way through a resolute Southampton side and ended up fortunate to get a draw despite the noisy backing of the home fans at Etihad Stadium.

City, who did not manage a single shot on target until the 90th minute, were sloppy in possession as well as lacking their usual spark in attack and Saints will feel they should have left Manchester with all three points, not just one

The visitors were awarded a penalty on the hour mark when Kyle Walker was sent off for bundling Adam Armstrong over in the box, but both decisions were overturned when VAR intervened and referee Jon Moss watched replays of the incident.