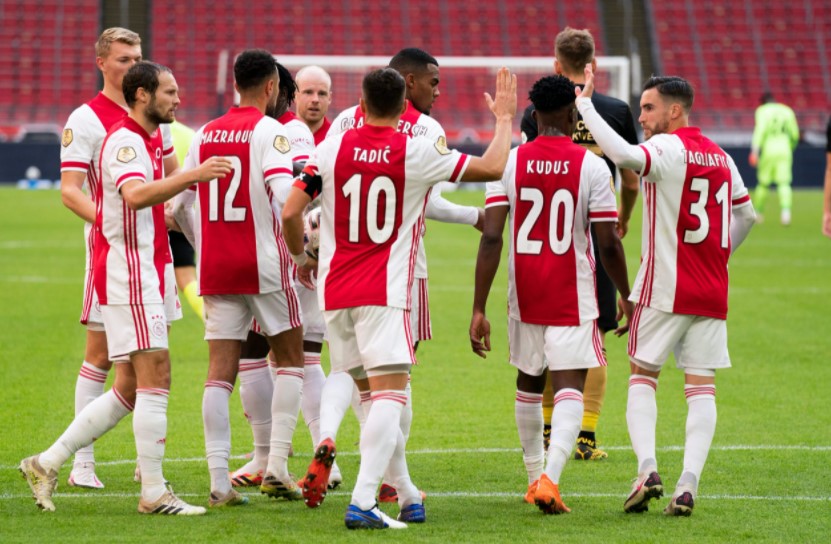 Ghana international, Mohammed Kudus scored on his return to the Ajax senior team on Tuesday evening when the team thumped Fortuna Sittard 5-0 in the Dutch Eredivisie.

The talented forward has been out for months due to an ankle injury he has been carrying. Although he has appeared fit in the past few weeks, he had to stay on the sidelines a bit longer for his own good.

In an away game against Fortuna Sittard in the Dutch Eredivisie today, Mohammed Kudus was named in the Ajax matchday squad for the first time in a long time but as a substitute.

At halftime, he came on for Steven Berghuis at a time his team had already taken a 3-0 lead from the first 45 minutes.

Taking his time to flow with the play, the youngster gradually grew into the game and brilliantly dictated play to inspire his team to score two more goals.

First, he equalized with a fine strike in the 72nd minute with an assist from Dusan Tadic before Nikolas Tagliafico also equalized five minutes later to seal the delightful 5-0 win for Ajax.

With his performance today, Mohammed Kudus earned a rating of 7.5 according to data recorded from top football statistics firm SofaScore.