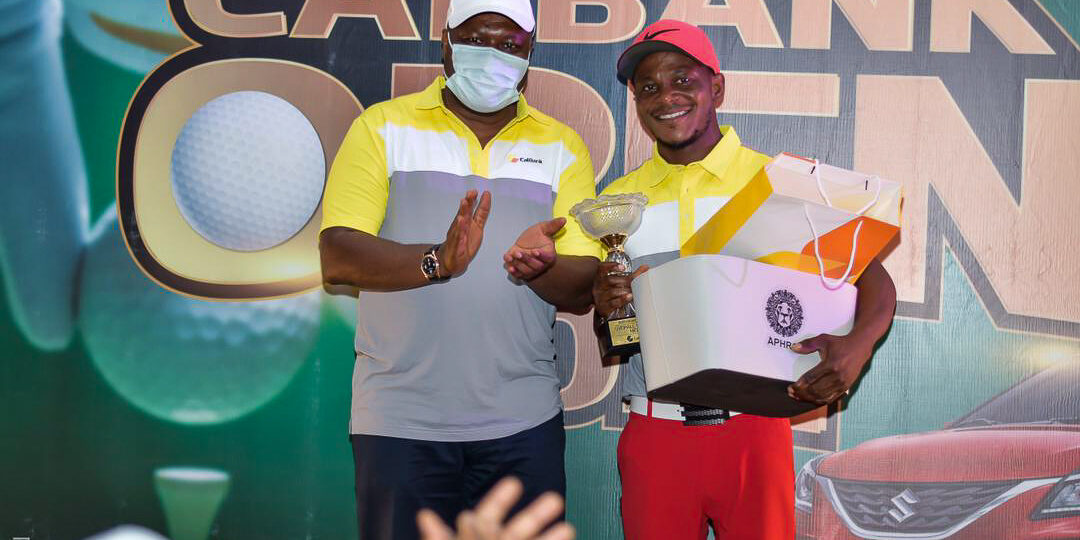 CalBank Open 2021 has successfully ended at the premier Achimota Golf Club where Yao Dogbe walked the fairways and battled the greens to end atop the leaderboard as the overall winner.

Yao Dogbe who is a zero handicaper shot 5-under 67 in the Men Group A to lift the prize as the ultimate winner of the Open. With this score, Yao is ready to exert considerable dominance on the golfing landscape in Ghana and West Africa.

In the Men Group A where Dogbe placed second based on countback, Charles Darkwah and Daniel Asomeni ended with same net scores of 67 off handicap 10 and 5 respectively but were separated on countback for the first and third positions.

Ricus Turblanche closed the day on a net score of 68 off handicap 16 for the third place.

Emos Korblah shot a net score of 134 over his two-day campaign to win Pro’s Prize. E.K Osei and L. A Ayisaah shot 139 apiece for the second and third places respectively.