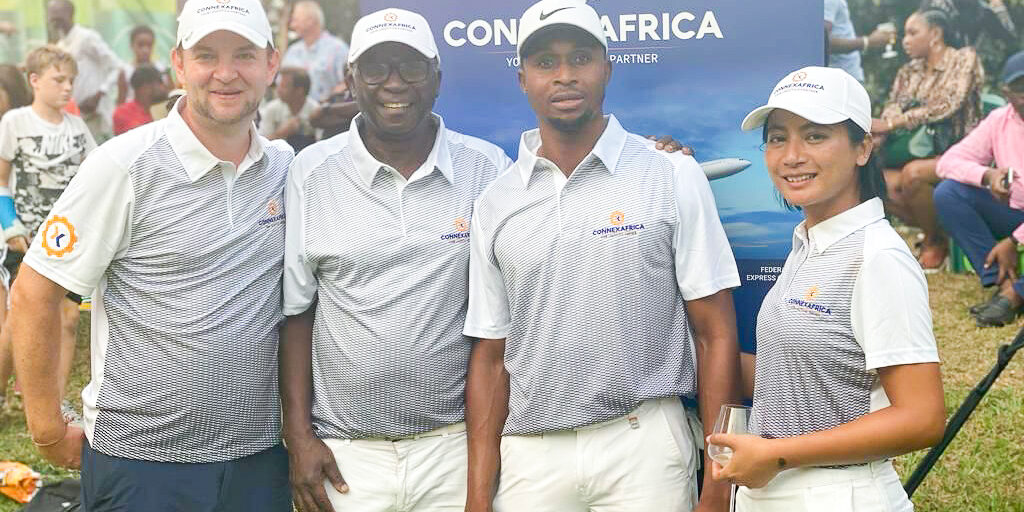 Ghana’s Vincent Torgah lifted the ultimate prize at the recent Kinshaha Open in Congo DRC after leading the heavy field with a total score of 3-over par.

Torgah started off his campaign with 1-under par and leader of day one. On day two however, he shot a 4-over par that gave his closest contenders; Gerald Gresse and Edouard Espana some decisive advantage going into the third day.

Gerald Gresse’s day one even par and day two 1-over par as well as Edouard Espana’s 2-over par on the first day and 1-over par on day two presented them with solid grips on the leaderboard as they entered the final day.

Going into day three and the final round, Gerald and Edouard certainly had better chances at the top of the leaderboard but Vincent Torgah’s game plan worked better on a day that saw many golfers stumbled along the way.

As it were, Gerald and Edouard’s final day didn’t follow the trajectory of their first two rounds when they ended the competition on day three with 7-over par and 5-over par respectively.  However, Vincent shot an even par to stay clear of the field.

This ultimately cemented Torgah’s lead and eventually crowned him the winner of the tournament at 3 over par; five clear shots from Edouard Espana’s and Gerald Gresse’s 8-over par.