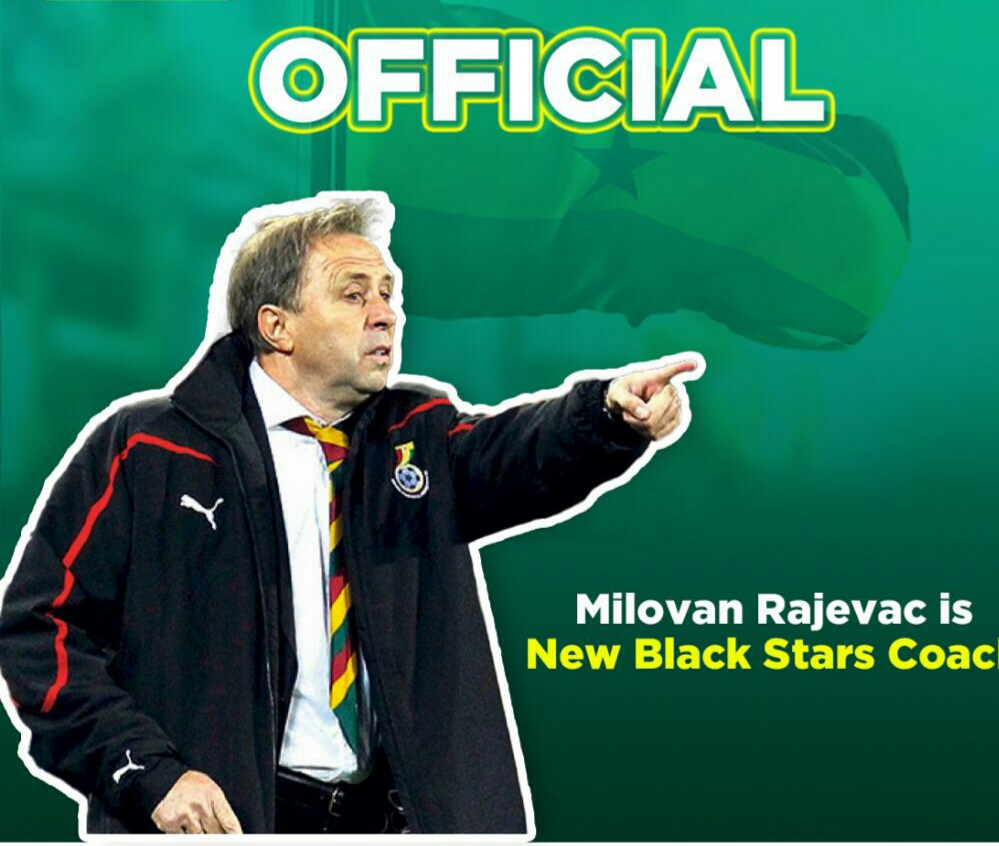 The Ghana Football Association has officially announced Serbian trainer Milovan Rajevac as the new head coach of the Black Stars.

The 67-year-old makes a return to the job he abandoned in 2010 just days after Ghana exited the FIFA World Cup tournament at the quarter-finals following an impressive showing at the Mundial.

Since leaving the shores of the country, the Danubian tactician has managed several top-notch posts in football including taking over the head coach jobs at Algeria, Qatar, and Thailand.

However, his last active spell in the dugout came 2 years ago when he lasted just six months as Thailand head coach. He was sacked following a loss to India.

Rajevac replaces Charles Akonnor who was booted out of the hot seat 11 days ago by the GFA.