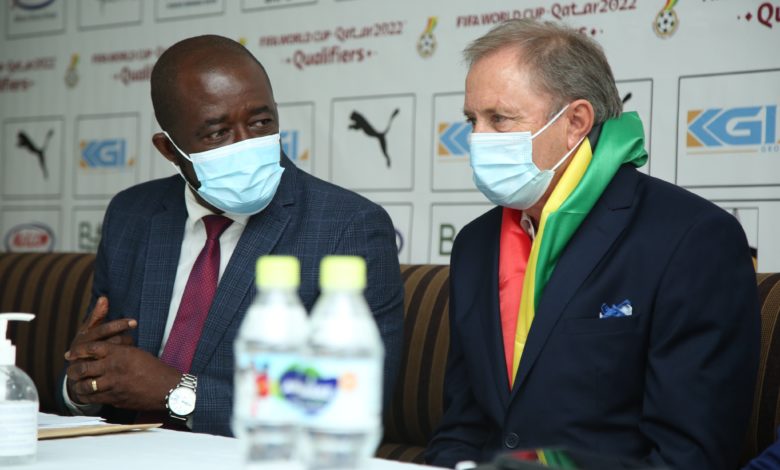 Serbian sexagenarian Milovan Rajevac will be smiling all the way to the bank in twelve months should he hit targets after signing a bumper contract to return to coach Ghana’s Black Stars after leaving the country 11 years ago.

Milovan Rajevac who masterminded Ghana’s World Cup quarter final performance in South Africa in 2010 has been given a one-year contract to coach the Black Stars with a set target to win the next AFCON in 2022 and qualify the national team to the next World cup in Qatar, also next year.

Details of the deal include $30,000 (thirty thousand US Dollars) a month for the yea’s duration excluding the remuneration of the coach’s interpreter.

The Ghana FA announced the coach will be paid an amount of 300,000 Ghana Cedis if he qualifies the Black Stars to the World Cup and an additional 300,000 US Dollars if he masterminds Ghana’s 5th AFCON trophy in Cameroon.

The total sum of 966,000 Dollars are assured the coach if he makes history with the country by achieving his target upon his return to coach the Ghana national team.