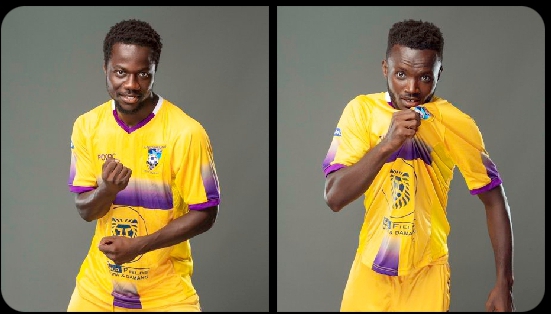 Asante Kotoko have reached an agreement with Medeama for the transfer of midfielder Richard Boadu ‘Agadas’ and defender Samuel Appiah, the two clubs have confirmed.

Although the duo were initially linked with a move to Serbian giants Partizan Belgrade and even had trial with them, the deal fell through at the eleventh hour.

As a result, Medeama were forced to make business with Kotoko as new coach Prosper Ogum Narteh is in the market to look for quality players to argument his squad.

Media sources have revealed that the duo signed a three-year deal each.

“We have reached an agreement with Asante Kotoko SC  for the permanent transfer of midfielder Richard Boadu and defender Samuel Appiah,” a Medeama statement read.

“We thank the two players for their outstanding contributions to the club,” the statement added.

Boadu made 24 appearances in Ghana Premier League for Meadeama last season and scored one goal and it was against Asante Kotoko at the Len Clay Stadium in Obuasi.

Appiah, on the other hand, made 22 league appearances and could not score a goal.