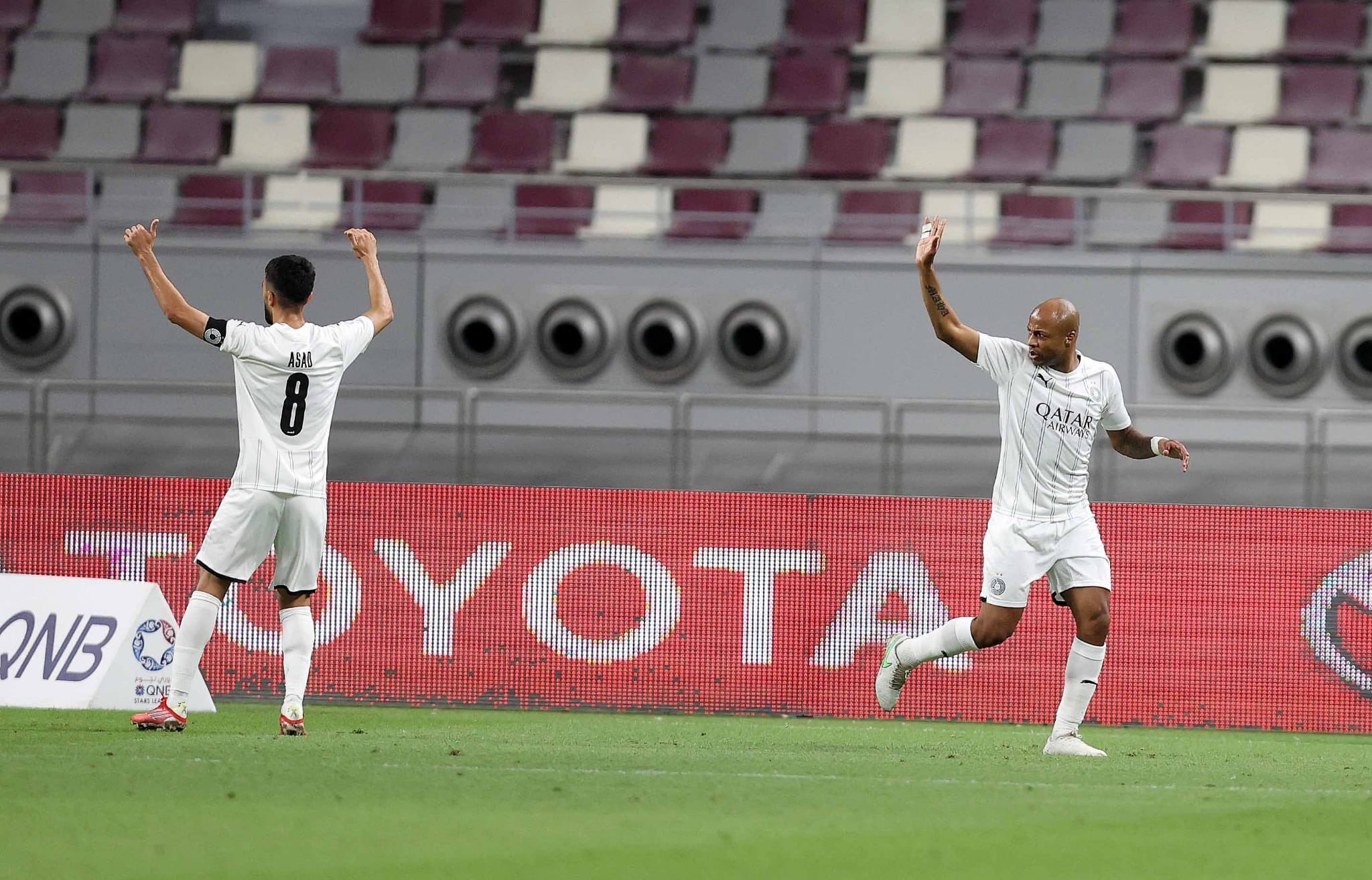 Ghana Superstar Andre Ayew has reacted to Al Sadd’s ‘great team spirit’ in their massive demolition over Al- Shamal on Sunday in the Qatari top-flight.

The Ghanaian international forward grabbed his side’s third goal of their 7-2 humiliation of Al-Shamal to go top of the league table after four matches with 12 points.

Dede in action for Al Sadd

The home team scored three in the first half but hammered their opponents in the second half to record their biggest win of the season so far.

Ayew dazzled for the home team and capped off a brilliant display with a beautiful strike for Xavi Hernández team.

The 31-year-old has three goals in four matches with his goals coming in his last three appearances in the Qatar Super League.