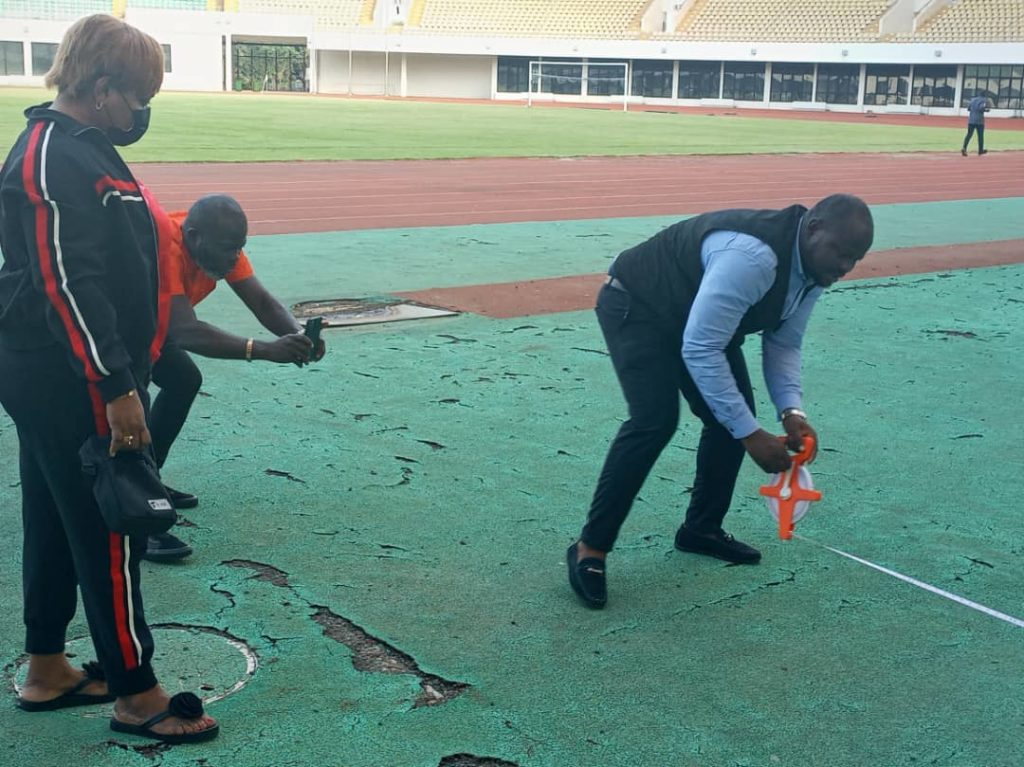 The Club Licensing Department of the Ghana Football Association has concluded the inspection of club facilities as part of requirements for clubs to fulfill the infrastructure criteria of the Club Licensing Process.

The Inspection led and coordinated by club Licensing Manager, Julius Ben Emunah had other experts from TV production firm StarTimes, an Engineering expert, Security and Media.

The recommendations from the inspection have been grouped into four:

The Club Licensing Department together with the Competitions Department are working to avoid the changes of match venues within the course of the season.

In view of this, clubs in the Premier League whose venues could not pass as Conditional Approval will have until October 18, 2021 to complete all defects or shall be forced to use an alternative venue or another venue selected from the already Approved List of venues for the entire period of the first round.

Clubs in the Division One League and the Women’s Premier League whose venues are not conditionally approved will also  have until October 25,2021 to complete all defects else shall be forced to use an alternative venue or another selected from the already Approved List of venues for the entire period of the first round.

The final decisions on the application of all clubs shall be announced on Friday, October 1, 2021.