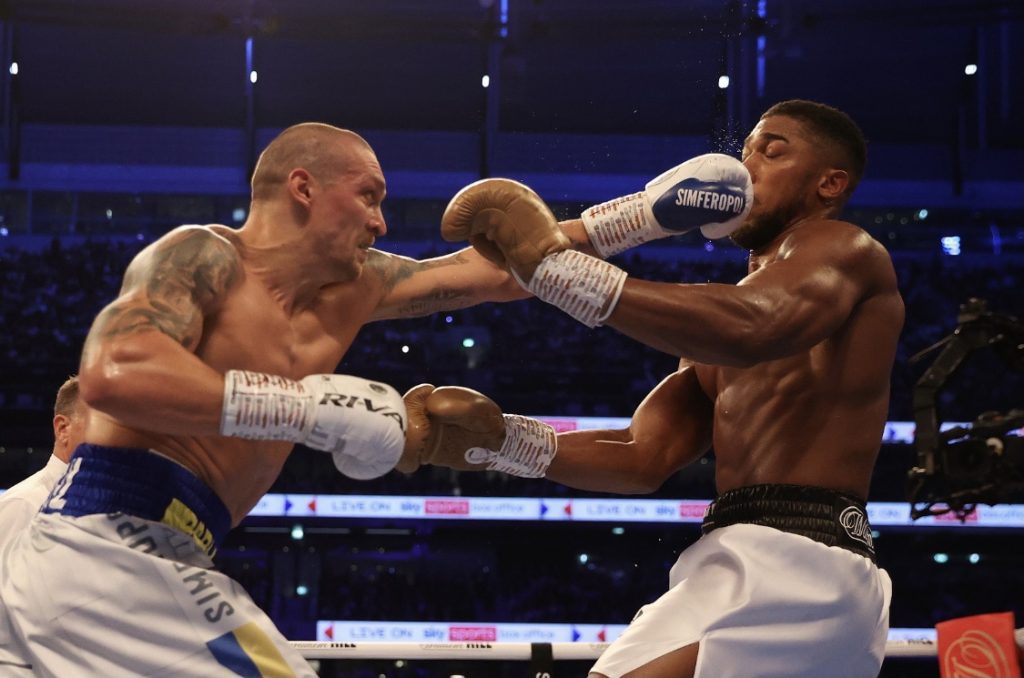 A day later, Oleksandr Usyk sits atop the famed Heavyweight division as the Unified WBA/IBF/WBO Champion after his 12-round decision over Anthony Joshua at Tottenham Hotspur Stadium Saturday night.

And, a close examination of the official scorecards revealed just how the Ukrainian pulled off the upset and the biggest win of his career. This, as the unbeaten former Undisputed Cruiserweight champ swept the final four rounds on all three official judges cards to pull away for victory.

Yet, all three agreed that the southpaw Usyk was getting the better of Joshua down the stretch, including in the critical 11th and 12th rounds.

For example, going into the ninth round, (not surprisingly) the Brit Foster had Joshua in front 77-75 on his sheet. However, Usyk took the 9th and 10th rounds on his card to pull it even at 95 – 95. So, clearly it was anyone’s fight for Foster, and that’s when, the new champ outboxed Joshua.  Then, in the 12th round, he out slugged the champion by staggering him along the ropes in the final 20 seconds of the fight to get the eventual 115 – 113 on Foster’s tally.

At the opposite end of the “judging spectrum” was Fesechenko card (also not surprising), who had Usyk in front from the beginning. That’s, where he gave the challenger the first three rounds of the fight.

By the time his card got to an evenly scored 10 – 10 eighth round, Usyk was still in front 77 – 76 on the Ukrainians sheet. Likewise, Usyk swept the final four rounds on the Fesechenko card and gave him an easy 117 – 112 win.

Back to the supposedly “neutral” American Weisfeld, he had given Usyk three of the first four rounds on his card for a 39-37 lead, early. However, it eventually balanced out similarly to his judging counterparts, and when he gave the champion Joshua a 10-9 round in the 8th, Weisfeld’s card was dead even 76 – 76.

Maybe, like Hayley’s Comet (every century or so), this won’t happen in a judged Heavyweight title fight for decades to come, but at least for a single Saturday in the U.K., they all agreed and the right guy, new champ Oleksander Usyk, won the fight.