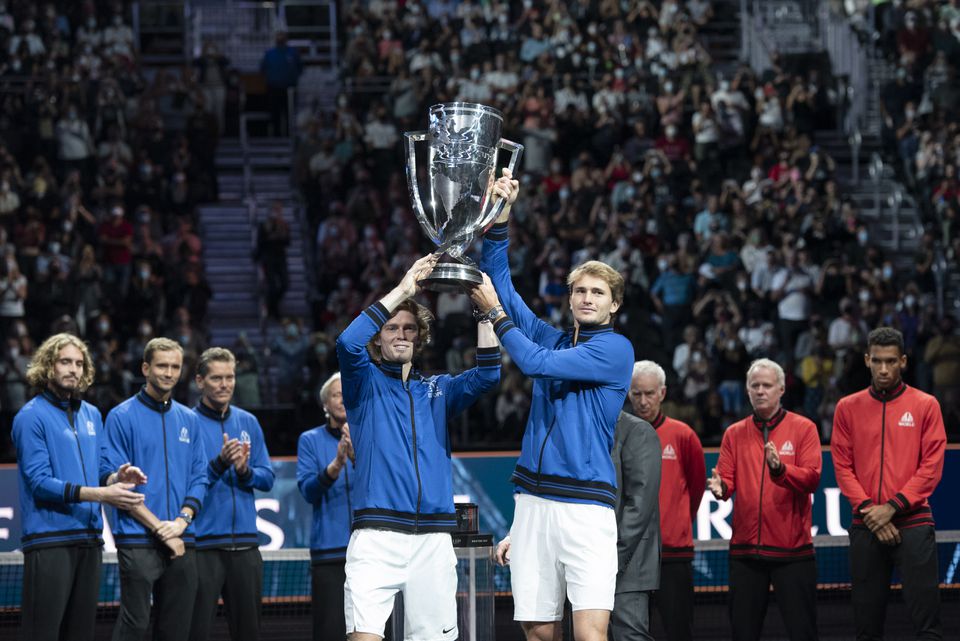 Andrey Rublev and Alexander Zverev clinched the Laver Cup for Team Europe with a 6-2 6-7(4) 10-3 win over Team World’s Reilly Opelka and Denis Shapovalov on Sunday in Boston.

Team Europe entered the final day of the event needing one victory from any of the four scheduled matches to secure the win and wasted no time as they picked it up in the lead encounter for an insurmountable 14-1 lead.

“At the end of the day, the score says that it was 14-1, but it could have gone both ways a lot of the time,” Zverev said in an on-court interview.

“We (did) a lot of hard work for this victory throughout the whole week… The group of this team has been absolutely amazing. I think a lot of us came a lot closer together and to be honest, I can’t wait for London next year.”

Russian Rublev, who won a gold medal in mixed doubles with Anastasia Pavlyuchenkova at the Tokyo Olympics, said the Laver Cup victory was a special moment for him.

“This year I had two really emotional moments. One was the Olympic gold medal and this week is the second,” Rublev said. “It’s something that’s going to stay forever with me.”

Each win at the Laver Cup is awarded one point on Friday, two points on Saturday and three points on Sunday, with the first team to reach 13 points declared winners of the event.

Team World needed to win all four matches on the final day to claim the trophy but Opelka and Shapovalov were unable to finish the job after winning the second set.

Australian Nick Kyrgios, who lost his singles and doubles matches for Team World, said he had played his last Laver Cup.

“I’m sure I won’t be here again, so I took everything in this week,” Kyrgios said. “I will be watching from my couch next Laver Cup, cheering for Team World.”