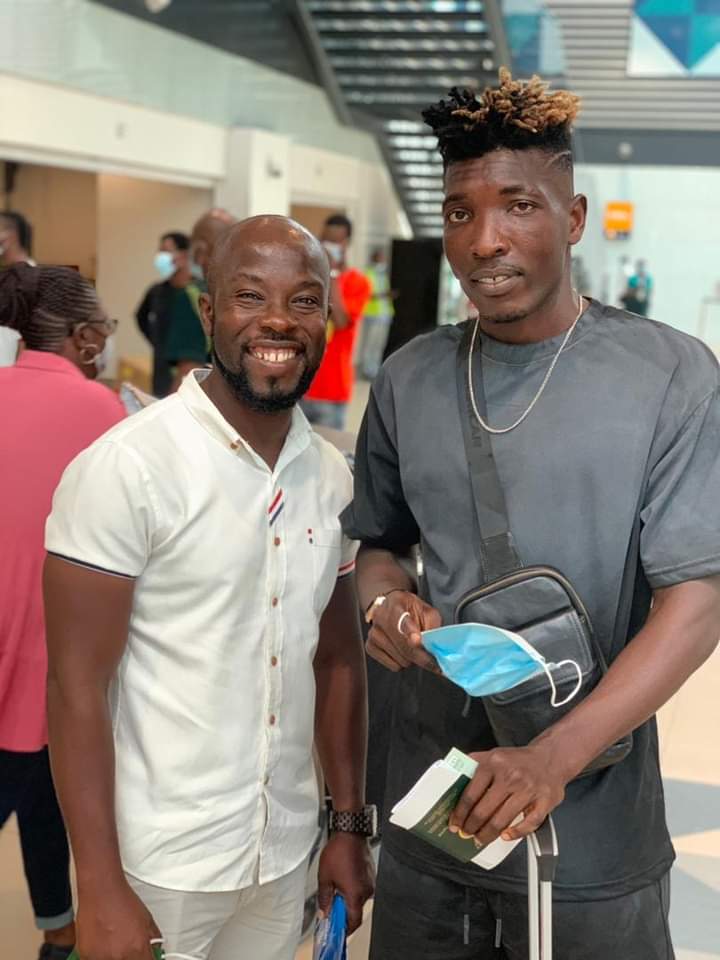 Former Hearts of Oak midfielder Benjamin Afutu is on his way to Egypt to sign a bumper deal.

The 22-year-old saw his contract with the Phobians expire in July and although reports suggested that he had been given a new contract to sign, he opted to leave as a free agent.

As a result, Hearts could not register him for their participation in the Caf Champions League – something their head coach Samuel Boadu has been bemoaning.

According to sources, Afutu is expected to sign a three-year deal with newly promoted Egypt Premier League side Eastern Company Sporting Club (El Sharkia Dokhan FC) with an option to extend it with another year.

Afutu is expected to to touch down in Cairo very late on Monday and then undergo his medical at the club’s health and recreational facility.

“Afutu has left Ghana for Egypt and will sign a deal with a cub there baring any unforeseen circumstances,” a source close to the player said as quoted by AshesGyamera.com.

“It was unfortunate that he could not continue with his stay at Hearts of Oak but that was something he had no control over.

“I believe Afutu will be a success in Egypt and make Ghanaians proud. The offer he has on the table looks juicy so obviously, he can do something meaningful with it after his stay,” the source added.

Afutu was an integral part of the Hearts squad that won double – Ghana Premier League and FA Cup – last season and was even nominated for the Player of the Season awards.