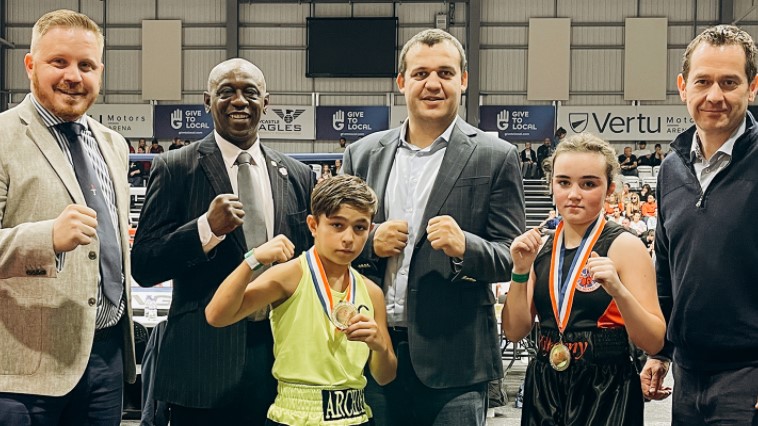 During his visit to London, AIBA President Umar Kremlev met Chief Executive of England Boxing Gethin Jenkins to discuss cooperation and development of the sport in the country, as well as revival of the best boxing traditions.

‘As it was discussed with Mr. Jenkins, we are planning to establish in England a historical monument for the founders of boxing, those who developed and wrote the rules for boxing,‘ AIBA President said.

‘With great pleasure I invite the Val Barker’s family as honoured guests to the AIBA Men’s World Boxing Championships which takes place in Serbia at the end of October. It will be a great honour for us’, President added.

Mr. Kremlev also visited city of Newcastle where the finals of the England Boxing National Schools Championships were conducted.

‘I was pleased with the high level of the tournament: 170 athletes, boys and girls 12-14 years old, took part in the final fights on 3 rings. We saw 86 exciting fights’, Mr. Kremlev claimed.

The finals were also attended by Mr. Jenkins. AIBA President presented to all the athletes boxer’s equipment: gloves, headguards and training pads.