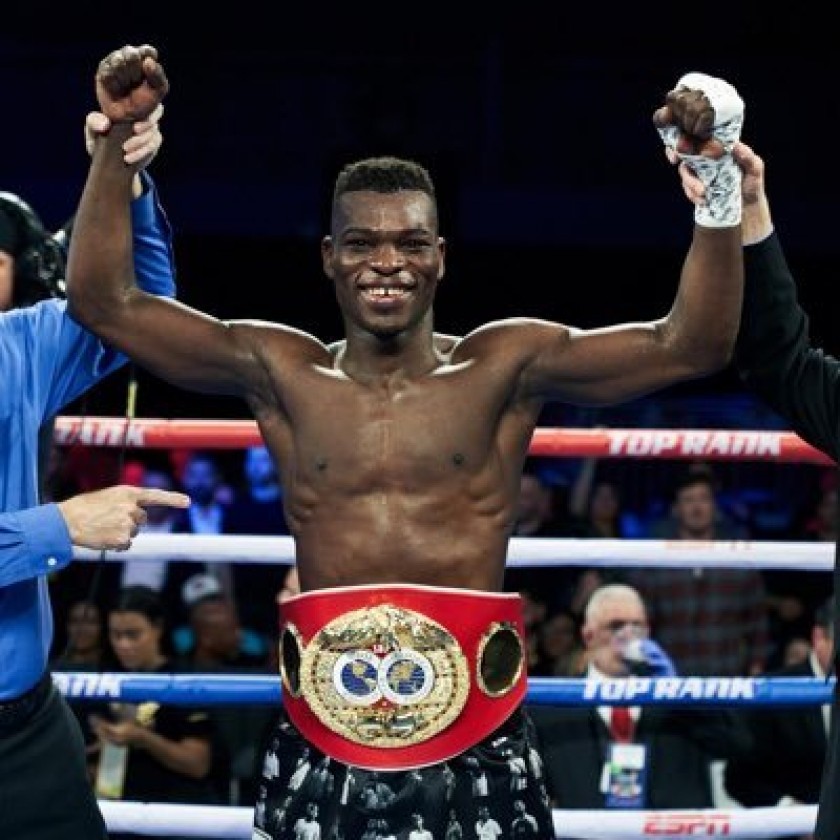 The Ghana Boxing Authority (GBA) has lifted with immediate effect the two (2) year ban imposed on former Ghanaian world champion, Richard Commey for what was described by the GBA as gross misconduct.

The newly constituted Ghana Boxing Authorty (GBA)executive board took the decisive decision after weeks of meetings to review the suspension meted out to the boxer some six (6) months ago.

Somewhere in February 2021, Richard Commey granted an interview on Kpanlogo Mashi TV in the United States of America and made what the GBA described as false accusation and disparaging remarks about its executive board members without any provocation.

Meanwhile,after realising his mistake, Commey rendered an unqualified apology but the GBA went ahead to slap the former world champion with a two (2) year ban describing his apology as half-hearted and not contrite or express of remorse.

The GBA took cognizance of among others the boxer’s admission of guilt as well as the intervention of the overlord of the Ga state, Nii Tackie Tsuru II, in mitigating of Commey’s suspension but went ahead to ban the boxer.

The executive board took the decision to lift the ban at an emergency meeting on Monday September 27 after several considerations including the intervention of the Ga Mantse, Nii Tackie Teiko Tsuru II were thoroughly exhausted and executive board members unanimously voted for the ban to be lifted.

By this release, Richard Commey has been set free and the two (2) year ban lifted with immediate effect and can now participate in any event or activities organised by the Ghana Boxing Authority.

However,the GBA is hereby telling Richard Commey to change his attitude towards not only the GBA executive board members but all stakeholders in boxing.

This is an opportunity to open a new page in your relationship with the Ghana Boxing Authority(GBA) through effective communication,dialogue and relationship.

The GBA wants to seize the opportunity to profoundly thank the Ga Mantse for his magnanimity and the great honour done the GBA by sending a delegation to come and help mitigate the suspension of one of our great boxers.This goes to buttress the point that your love for boxing and its developmental agenda is legendary.