Manny Pacquiao retirement: Five reasons why the Filipino legend's legacy will never be equaled in the ring 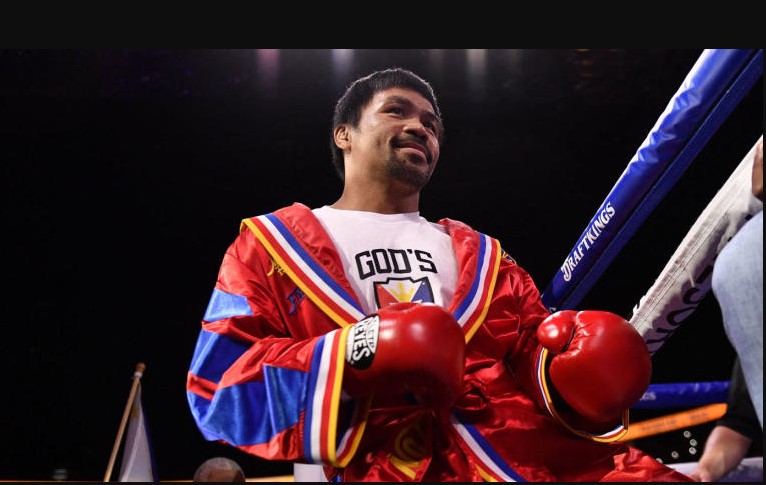 Although the news was far from a shocker given his political goals, age and most recent performance, Wednesday’s retirement of Filipino icon and eight-division champion Manny Pacquiao at 42 still hit like a ton of bricks.

Pacquiao (62-8-2, 39 KOs) had already announced his intention of running for president next year in his native Philippines, the same country where he has served as a senator since 2016. No, this wasn’t a case of “don’t know what you got until it’s gone,” especially since Pacquiao more or less foreshadowed the decision after his upset decision loss to WBA welterweight champion Yordenis Ugas in August.

It’s just that, for most modern boxing fans, it’s hard to remember a time in which Pacquiao wasn’t front and center in their fandom given his unrivaled blend of excitement, skill and class over a remarkable 26-year pro career. And then there was the moments — and, oh boy, were there a ton of them considering Pacquiao fought just about every name that mattered over multiple eras regardless of weight or the prospect of danger.

Let’s face it, boxing was anything but easy to follow during two decades in which Pacquiao was a household name. There were too many belts, too many pay-per-view cards and too little mainstream exposure for top fighters, particularly in the crowded U.S. sporting landscape. Yet Pacquiao not only transcended the sport because of the stark contrast of his humble demeanor and savage fighting style, he was the rare sure thing of a PPV brand who reliably delivered enough entertainment to justify the investment.

The real lament in seeing Pacquiao walk away on his own terms is the understanding that there will likely never be another fighter exactly like him again. The future Hall of Famer, born Emmanuel Dapidran Pacquiao in the city of Kibawe in 1978 and raised in the coastal city of General Santos, was truly one of one.

Let’s take a look back at the five reasons Pacquiao’s legacy is so unique and will never be matched.

5. He never stopped fighting like a poor kid from a developing country

There’s an old quote from former middleweight champion Marvin Hagler that gets thrown around combat sports circles almost ad nauseum: “it’s hard to get out of bed in the morning to go for a run when you’re sleeping in silk sheets.” It’s a reference to how financial success can often play a role in domesticating fighters in a tradeoff of comfort for hunger. Pacquiao’s secret talent was that despite the worldwide fame and riches he acquired, he never stopped fighting like his next meal depended upon it. In fact, with the exception of the immediate aftermath of his 2012 knockout loss to Juan Manuel Marquez, in which Pacquiao briefly adopted a more cautious style, the majority of his career was spent coming forward to engage his typically larger opponents.

Some of that can be attested to Pacquiao’s unbridled love for the sport. But most of it is rooted in his impoverished background that often saw him skip school in order to sell cigarettes and doughnuts on the streets to help his single mother of six children make ends meet. Pacquiao eventually moved to the capital city of Manila as a teen to seek work, which is where he somewhat accidentally found his way out through boxing. Not only did Pacquiao refuse to forget his roots through charitable work and public service in his home country, he never lost that warrior spirit to endure as a fighter despite accruing heavy damage. Ultimately, it’s what separated Pacquiao from his boxing peers and allowed him to achieve what was thought to be impossible. Speaking of …

4. Pacquiao made the improbable look easy by forever daring to be great

There’s a reason why Pacquiao remains somewhat of a demigod to his native countrymen. Not only did he overcome the odds to achieve stardom, Pacquiao found a way to routinely do what had never been done before inside of a boxing ring. Even in an era of watered-down titles, in which a fighter like Adrien Broner can claim to be a four-division champion, Pacquiao’s record of eight titles in as many weight classes might not ever be equaled. Who else turns pro as a 16-year-old at 106 pounds only to win world titles as high as 154? No one. And who else would just as improbably carry with him his power and explosion despite so drastically moving up in weight? The amount of Hall-of-Fame fighters in which Pacquiao not only fought but defeated is nothing short of remarkable, largely because he never backed down from a challenge.

Even in his last fight this summer at 42, which turned out to be a competitive loss to a crafty late replacement in Ugas, Pacquiao had gone out of his way to challenge the unbeaten and unified welterweight champion Errol Spence Jr. at a time in his career where most legends of his ilk would be seeking an easy payday. It has been so long since he first astounded boxing fans that it can be easy to forget what it felt like. But nothing in the modern era has ever equaled the awe that Pacquiao inspired throughout an 11-month span beginning in 2008 in which he defiantly moved up to score a trio of stoppage wins over Oscar De La Hoya, Ricky Hatton and Miguel Cotto. The achievements saw Pacquiao draw comparisons to the great Henry Armstrong, who once ruled boxing as the undisputed champion of three divisions simultaneously.

3. No one was ever a better loser than Pacquiao

That might sound like an ignorant insult yet it’s really a credit to what made Pacquiao so good. Although he tasted defeat just eight times over 72 pro bouts, and only once did so in consecutive fights, so much of Pacquiao’s legacy has been built on how he responded to each one. The impact of how Pacquiao handled defeat was ultimately two-fold. Pacquiao was knocked out three times in his career, including in as vicious a fashion for a star fighter in his fourth meeting with Marquez in 2012 that has arguably never been seen before or since. Yet despite laying unconscious for nearly a full minute, Pacquiao was back on his feet and smiling in no time. Even more importantly, he was back in big fights and winning big challenges again just as quickly, which still allowed him to secure a 2015 superfight with Floyd Mayweather pairing, at the time, the top two pound-for-pound fighters of their sport, division and era. The second most important part of Pacquiao’s response to defeat was how humble he was in reaction to unpopular scoring. This was bigger than Pacquiao showing respect for his opponents following a disputed decision. In Pacquiao’s case, both his 2012 loss to Timothy Bradley Jr. and his 2017 setback to Jeff Horn were hailed almost instantly as robberies and black eyes to the sport. Yet Pacquiao never complained or belabored the result, wisely realizing it was beyond his control. Rarely does a prize fighter show that much restraint and grace under fire, which is a credit to his character.

2. Pacquiao’s longevity was nothing short of absurd

For the amount of wars alone that Pacquiao took part in over 26 years, it’s insane that he was still fighting in his 40s, let alone as a the betting favorite in multiple PPV fights against champions in their prime. For a fighter so dependent upon speed and explosion in a division so far above what would be deemed his “natural weight,” the final run Pacquiao had as a welterweight following his loss to Mayweather when he was 36 is remarkable. Although he took longer breaks between fights while juggling his political career during this time, Pacquiao proved time and again he had barely lost a step when it mattered most. His resurgent 2019 at the age of 40, when he recaptured both a welterweight title and a spot in the P4P rankings following decision wins over Broner and unbeaten Keith Thurman, probably doesn’t get the attention it deserves for how improbable it was. Yet, that’s the story of Pacquiao’s career. With a work ethic that has long been dubbed as super human, Pacquiao made training a top priority, even during his time off between fights.

1. He essentially had three Hall of Fame careers in one

Which chapter of Pacquiao’s remarkable run was your favorite? It’s a question for longtime fans that isn’t as easy to answer upon first glance, mostly because of how rare it is that any great fighter can provide three different eras to choose from that were so identifiably different from one another. Pacquiao’s early run in the smaller weight classes was easily the most exciting. He made his American debut in 2001 by upsetting Lehlo Ledwaba as a late replacement in their 122-pound title bout. The explosive performance fueled a string of thrilling brawls in and around the featherweight division against fellow legends like Erik Morales, Marco Antonio Barrera and Juan Manuel Marquez, whom he would fight a total of eight times. This was the blond-haired tips and “No Fear” flaming shorts version of this tropical storm in boxing shoes and featured enough big wins to likely ensure enshrinement in Canastota, New York. But then came the PPV star era in which Pacquiao, with his star growing thanks to crossover singing appearances on “The Jimmy Kimmel Show,” moved up to welterweight and authored one big knockout after another. That’s the era in which Pacquiao became a superhero. And then there was his 147-pound twilight, which arguably featured higher quality wins against top foes than anyone not named Spence over the same period. Whichever version was your favorite, each one accomplished enough on its own to be in the Hall of Fame. And above everything else that Pacquiao achieved, that right there is the most ridiculous.