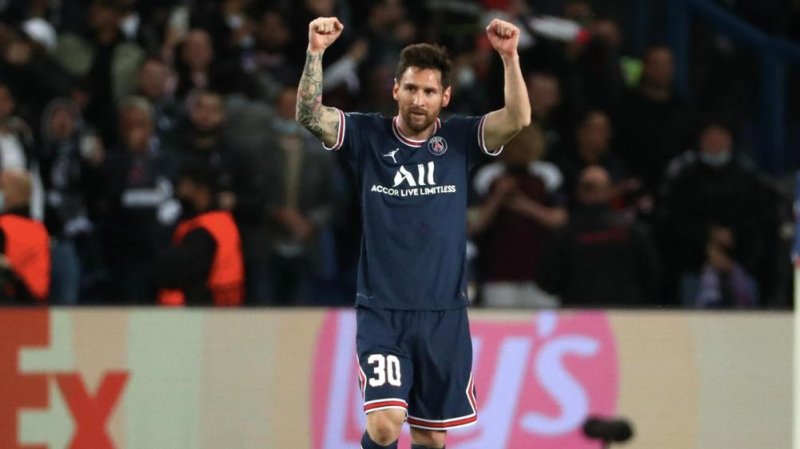 Lionel Messi revelled in his maiden goal for Paris Saint-Germain as the superstar helped take down Manchester City 2-0 in the Champions League.

Messi scored his first goal for PSG, who gained some revenge for their 2020-21 Champions League semi-final loss to Pep Guardiola’s City on Tuesday.
After Idrissa Gueye broke the deadlock inside 10 minutes, Messi opened his PSG account with a sublime strike 16 minutes from the end in the French capital.
Messi savoured his first goal for PSG, the 673rd of the six-time Ballon d’Or winner’s illustrious club career as the Ligue 1 giants took their tally to four points from two matchdays.
“It was a perfect night against a great opponent,” Messi, who joined PSG on a free transfer at the conclusion of his Barcelona contract in the off-season, told Canal .
“For us, it was very important to win this game after Club Brugge [1-1 away draw].
“I am very happy to have scored. I haven’t played much recently; I had only played one game here [at the Parc des Princes]. I am adapting little by little. What is important is to keep winning.”
Kylian Mbappe was instrumental in the creation of Messi’s latest, teeing him up in a clever one-two, and Messi hopes to continue improving his understanding with the Frenchman and Neymar.
“Our relationship will get better and better with each game. We all have to grow together, increase our level of play. We have to continue,” Messi added.
“We won a very important game against a very big rival, who was in the final last year. We must continue to progress
Credit: GNA