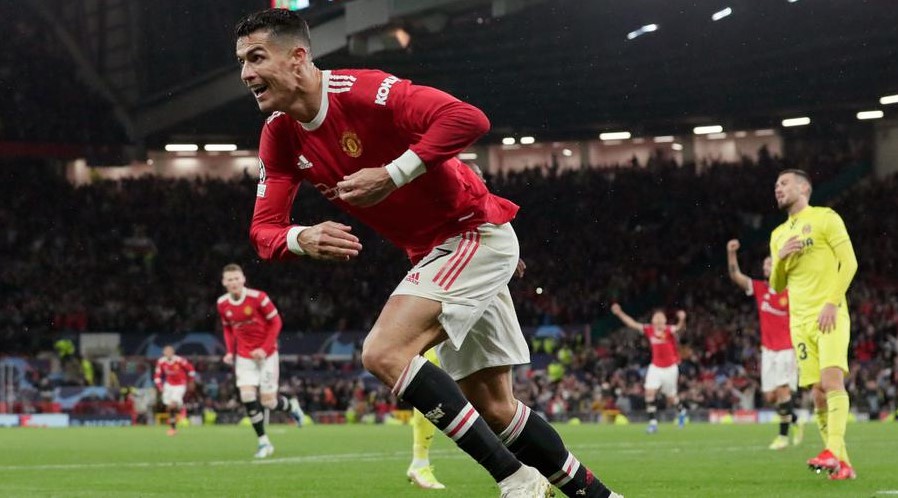 Against Villarreal on Wednesday evening, the Portuguese superstar added to his record collection by becoming the player with the most appearances in the competition’s history.

And in his 178th game in Europe’s top-tier competition, Ronaldo scored his 136th goal to secure a 2-1 win for Manchester United versus Villarreal in Group F.

It was a 95th-minute winner as well, one which sent the fans inside a packed Old Trafford absolutely wild.

Ronaldo reacted sharply inside the Villarreal penalty area and fired the ball home to seal an undeserved – yet priceless – victory for United.

He really is inevitable in the Champions League, isn’t he? According to ESPN, that goal is Ronaldo’s 12th in the competition in the 90th-minute or later and that is twice as many as the man with the second-most – which is Lionel Messi.

Ronaldo’s dramatic winner versus Villarreal was his fifth goal since returning to United from Juventus in the summer.

The five-time Ballon d’Or winner netted a brace against Newcastle on his second debut for the club and found the back of the net against both West Ham and Young Boys.

But while Ronaldo’s goalscoring since his return has been a huge plus, United’s performances in the past couple of weeks are cause for huge concern.

The Red Devils struggled for pretty much the entirety of the match versus Villarreal and were hugely lucky to come away with a victory.

In their next two Champions League matches against Atalanta, United will have to improve considerably if they want to avoid playing Europa League football this season.