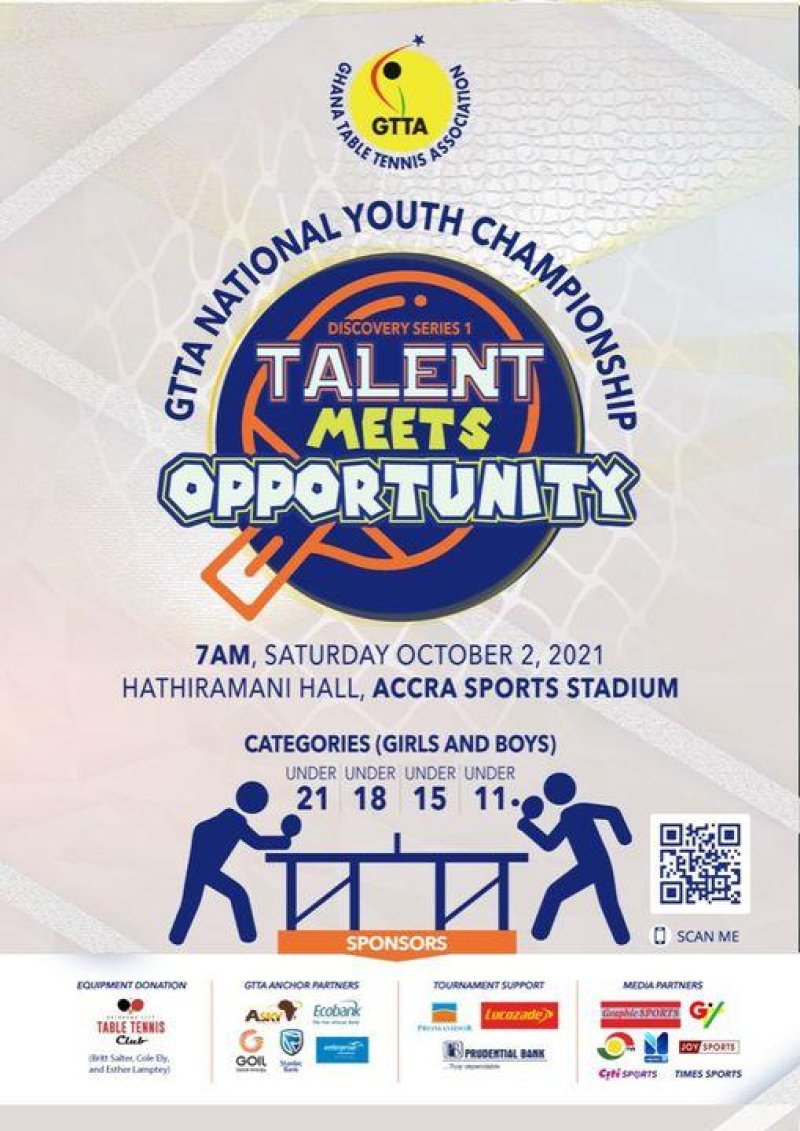 The president of the Ghana Table Tennis Association (GTTA), Mawuko Afadzinu, says his outfit will ensure the revival of the sport in all the regions of the country.

He announced that the GTTA was rolling out a Sheroes Project, an initiative geared towards encouraging females to play, participate and enjoy table tennis.

“The sheroes table tennis project in Ghana is premised on the fact that our history proves female table tennis players are the gender that has brought more international laurels for us,” he revealed at a press briefing yesterday to officially announce Saturday’s National Youth Championships at the Dayaran Gangaram (D.G) Hathiramani Hall of the

The event, dubbed “Discovery Series 1, Talent meets Opportunity”, will witness over 300 young talents ranging from Under-21, U-18, U-15 and U-11 competing among each other for laurels.

Mr Afadzinu noted that the tournament was to create the opportunity for young table tennis talents to flourish and express themselves as to why their talents were being honed by experts.

He also announced the beginning of the ping-pong season and vowed to make the sport more popular than soccer.

“Our overall objective is to get a female president for the GTTA and empower our girls to love and appreciate the game,” he explained.

To achieve this, Mr Afadzinu noted that his outfit had ensured that out of the 300 players so far registered to partake in Saturday’s programme, half of them were females.

He expressed gratitude to headline sponsor, ASKY Airlines, Africa Air, Promasidor, Enterprise Group and Stanbic Bank for their support for the initiative.

“This developmental project is tied to the next Olympic Games, and we are looking at the project that we will excel at the 2023 African Games and get a footing to qualify to the Olympics in 2024,” he stated.

The national coach, Anthony Owusu Ansah, revealed that the Under-21 and U-15 players comprised the cadet, while the Under-11s were the mini-cadets.