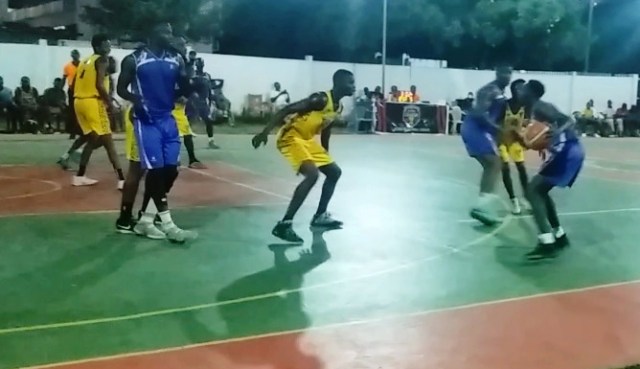 The team’s latest win came via a 58-48 victory over Adenta Leopards; the game was rescheduled tie after the original fixture was cancelled due to rain.

Reformers withered a blistering start from 2019 Finalist Adenta after the first quarter and buoyed by strong defensive plays and another standout performance from Forward James Amotoe and Abraham Allotey, the team sealed the 10 point win.

Leslie Kormedodor scored a three pointer in the immediate possession after Ibrahim missed a layup to open the score for Leopards. Michael Ahafia and Kormedodor added more points to give Leopards a 10-0 lead. James Amotoe drained a long jump shot to end Prisons barren run.

Leopards’ Joseph Agger scored off a near coast to coast drive and Amotoe responded with a three pointer. Nii Aryi scored from three free throw line and Amotoe added another long jumper; Leopards led 12-10 at the end of the first quarter.

Nana Kwame Adjei tied the game at 12. Agger scored for Leopards and Amotoe connected on an alley oop pass from Barbuso Ibrahim to score and completed the three point play to tie the game at 16. Agger produced a highlight play with a nifty in between the leg move before Samuel Atiapah added two more.

Adjei, Abraham Allotey and Amotoe scored for Prisons to give Prisons a 23-22 lead with 2:06 left. Treasure Botchwey restored Leopards lead but it was short lived as Reformers scored points from the free throw line to take a 30-24 first half lead.

Gabriel Ashalley scored early for Reformers; Leopards responded with a layup from Macbeth Combey and a three point play from Botchwey and Huzeif Alhassan to trail 31-32.

Adjei and Allotey scored on the next possessions for Prisons. Adjei blocked Combey’s shot that led to an Amotoe converted shot as Prisons led 38-31 with 4:31 minutes remaining.

Reformers’ Kingsley Whyte was fed inside to score off a beautiful team move. Clinton Akpaloo completed a three point play for Leopards to trail 42:49 and Botchwey added a point from the free throw line to reduce Leopards deficit to six with 3:50 minutes left.

Adjei ended Leopards scoring run with a layup before Allotey scored with a dunk after gathering a pass from Amotoe. Leopards Ahafia hit a three pointer; Ashalley and Ibrahim scored to give Reformers the win.