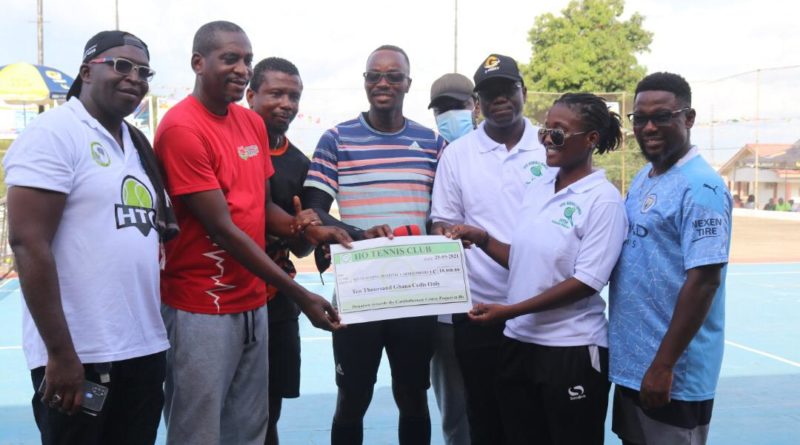 The tournament was climaxed by a fundraiser in support of Ho teaching Hospital’s Cardiothoracic Unit. The Ho Tennis Club donated 10, 000.00 towards the Cardiothoracic Center.

Mr. Joseph Dzamesi, Chairman of the 2021 Asogli Planning Committee expressed his satisfaction with this year’s tournament.  He said, this is the first time in four years that the rain had not disrupted the tournament.

He was particularly happy with the donation that was made towards the Cardiothoracic Center.

“I have a family member who has a heart related problem and has to travel to Accra 2-3 times a month for a simple blood test. The Cardiothoracic center in Ho will be a game changer and I am grateful to all in the tennis fraternity who contributed generously towards the donation to the Cardiothoracic Center.’