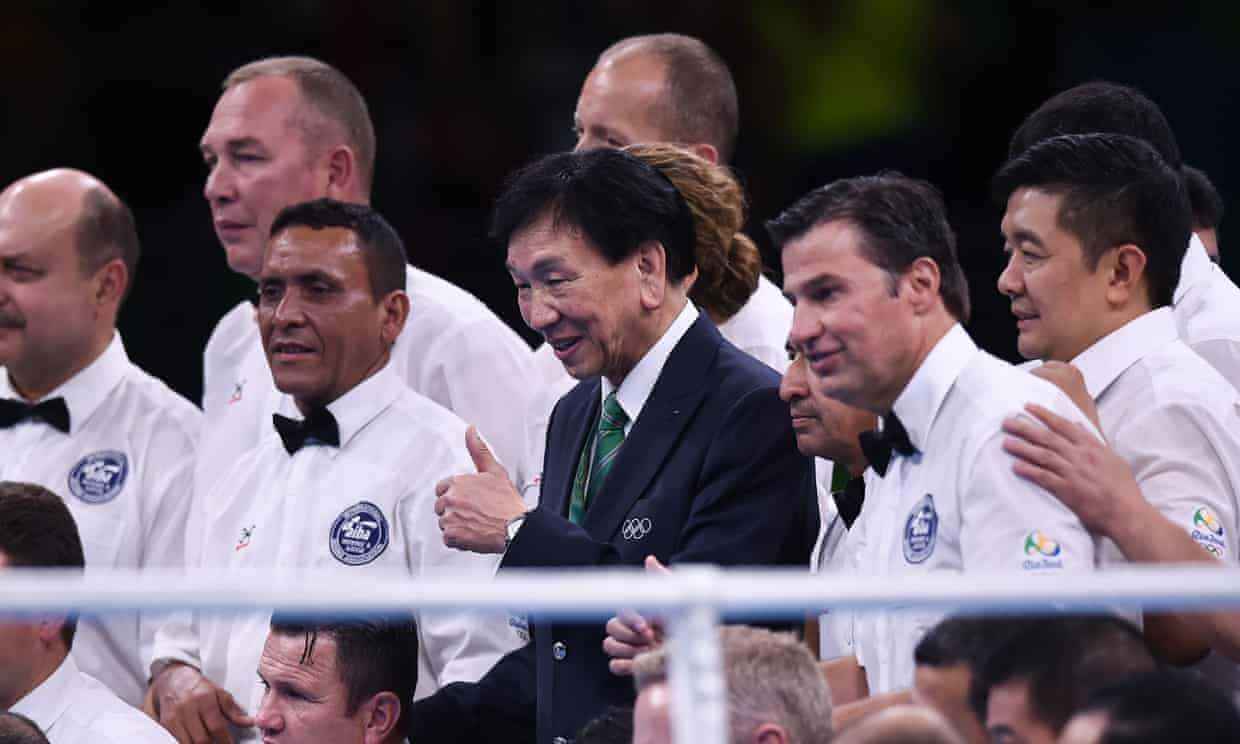 A damning investigation into boxing at the Rio 2016 Olympics has found widespread evidence of “corruption, bribery and the manipulation of sporting results” – with judges giving each other signals at ringside to fix bouts.

The report by Prof Richard McLaren, who exposed state sponsored doping in Russia, said that the seeds of the corruption had been sown in the years beforehand, with bouts before and during London 2012 also under suspicion.

McLaren found that there existed a culture of “favours”, particularly among the post-Soviet countries – with Azerbaijan giving amateur boxing’s governing body, Aiba, an investment loan of $10m with the expectation that bouts would be manipulated in their favour for medals at London 2012. Four years later a $250,000 bribe was also offered by Mongolian officials in an attempt to fix an Olympic semi-final.

Fears of wrongdoing at the 2016 Olympics were exposed by the Guardian five years’ ago before a punch was even thrown – with senior officials saying there was “no doubt” certain bouts in Rio would be “corrupted”.

The Guardian was also told in Rio that a cabal of officials were able to use their power to manipulate the judging system to ensure certain boxers would win. Speaking in Lausanne on Wednesday, McLaren confirmed the Guardian’s story, saying that a handpicked team of senior “five-star” referees and judges used signals at ringside or instructed colleagues on the morning of fights as to who should win. Meanwhile incorruptible officials were driven out of the sport, with a weeding out process during the qualifying competition for Rio.

McLaren also said that controversial defeats at the Rio Games for Great Britain’s Joe Joyce in the super-heavyweight final against France’s Tony Yoka and Ireland’s Michael Conlan in his bantamweight quarter-final against the Russian Vladimir Nikitin were among around 11 fights under investigation.

McLaren said that the corruption went right to the top with two senior Aiba officials – Wu Ching-kuo and Karim Bouzidi, the then Aiba president and executive director, respectively – being “key actors” in “allowing the manipulation to flourish”.

Wu, who McLaren said “bears ultimate responsibility for the failures of officiating at Rio and the qualifying events”, was banned for life from the sport in 2018.

However, Bouzidi was the chief architect of a scheme, with McLaren saying he “seized powers to oversee the appointment of referees and judges (R&Js) that knew what was going on but would comply with the manipulation, or who were incompetent, but wanted to continue as an R&J so were willing to comply or turn a blind eye to what was going on”.

In his report McLaren also reveals that a bribe of up to $250,000 was allegedly attempted to fix the outcome of the lightweight semi-final between Otgondalai Dorjnyambuu of Mongolia and Sofiane Oumiha of France. No bribe was paid and the Mongolian boxer lost with “very unusual scoring” which was identical on all five judges’ scorecards.

McLaren also notes that the groundwork for the corruption that took place at Rio was laid as far back as the qualification events for London 2012. “In 2010 Azerbaijan gave Aiba a $10m investment loan,” he writes. “This was followed up by an additional $10m loan from Kazakhstan. What followed was that the R&Js felt pressure to call bouts for either the Azeri or Kazak boxers.

“Manipulation stemming from the Azeri loan trickled into the London Games. Just prior to the Games the BBC carried a story of medals for money. The allegation was that the Azeris had been promised Olympic medals as a condition of the $10m loan referred to above. President CK Wu, always concerned about public perceptions, made an executive order to ensure Azerbaijan did not win any medals.

“The fear for CK Wu was that, if the Azeris had won, it would have proved the documentary’s allegations of corruption correct. Therefore, a reverse manipulation had to take place to ensure they did not win any medals for public perception. The Azeris felt betrayed at the end of London 2012.”

Speaking after the report was published, Conlan said he was “delighted” at the news. “It’s five years on and has been a long time coming. I didn’t expect this to happen.

“The black mark of Rio will always be there and I think if I hadn’t said what I said and done what I did this probably wouldn’t be happening now,” he told BBC Northern Ireland. “I think it’s a huge day for amateur boxing and especially for the guys who suffered in Rio, including myself. It is vindication.”

In a statement the new Aiba president, Umar Kremlev, who commissioned the report, said they would take it on board. “Aiba hired Professor McLaren because we have nothing to hide,” said president Kremlev. “We will work to incorporate any helpful recommendations that are made. We will also take legal advice with regard to what action is possible against those found to have participated in any manipulation. There should be no place in the Aiba family for anyone who has fixed a fight.”

Further reports on the investigation will be provided by McLaren in November and then March 2022.