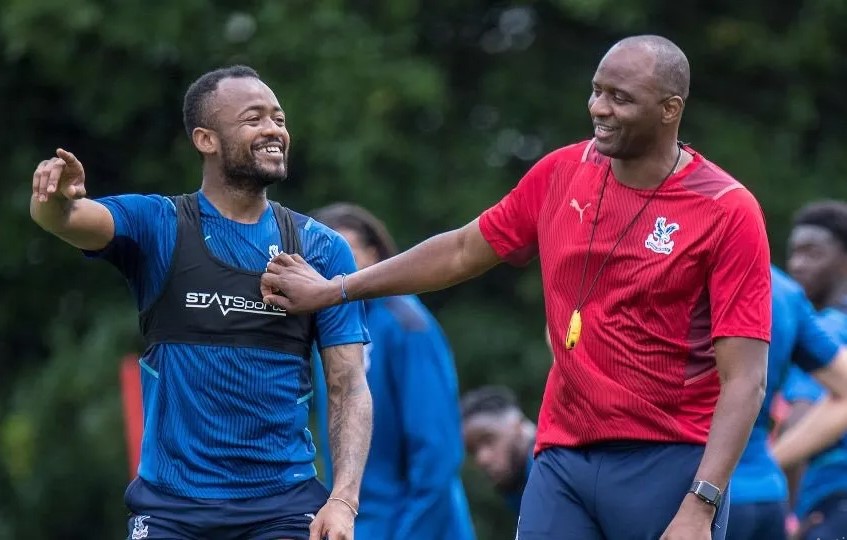 Crystal Palace manager Patrick Vieira has insisted that Jordan Ayew has the support of the technical team, team-mates and everyone at the club despite his poor run of form.

The 30-year-old has gone 36 games without a goal but Vieira believes he should work hard to turnaround events.

Ayew had the opportunity to break his duck against Brighton and Hove Albion on Monday but the Ghanaian surprisingly fluffed the chance.

“I think what is really important for Jordan is that, as a manager and as a football club, we believe in his ability,” Vieira said.

“He needs to know that we have the total belief that he can score goals and he has got the support of everyone at the football club.

“There is no question or doubt about what he is capable of achieving, saying that it is also one part of the game he needs to improve.

“Because we want him to score more goals and how can we do that, we have to continue to work on his confidence in training and put him in a situation that he will likely face in real game time.

“With the support we will give him he will score goals, I don’t have any doubts. I just want him to improve and be better than he was every single day.

“As a player it is important for him to keep working hard and keep going the way he has been doing so far for himself and his team-mates,” he added.

Vieira also had some praise for Ivory Coast forward Wilfred Zaha who has scored 49 goals for the club, and put his side ahead against Brighton on Monday night.

He added: “Wilf is Wilf and there is no doubt that he is very important for this club and he has a special connection to the people here.

“Hopefully he can get the 50th goal and help us all to have a very special season together but the Premier League is tough, every game is a battle for him and to do this shows his quality.”

Ayew, who won the Crystal Palace Player of the Year and Goal of the Season awards for his contribution during the 2019/2020 season, may start this weekend’s home game against Leicester City at the Selhurst Park.

He has also been named in Ghana’s squad that will play against Zimbabwe in the 2022 FIFA World Cup qualifiers on October 5 and October 9.