Bengals arrive in Los Angeles ahead of Super Bowl LVI 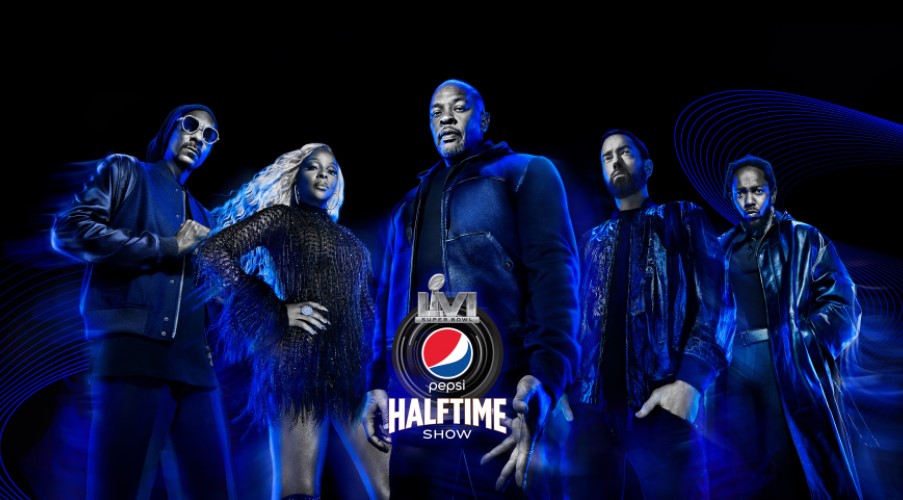 The first Super Bowl in Los Angeles this century will feature a star-studded halftime show befitting of Hollywood.

The five artists have combined for 43 Grammys and have created 22 No. 1 Billboard albums.

For Dr. Dre, Snoop Dogg and Kendrick Lamar, the performance will also represent a homecoming for the Los Angeles artists.

“The opportunity to perform at the Super Bowl Halftime show, and to do it in my own backyard, will be one of the biggest thrills of my career,” Dr. Dre said in a statement. “I’m grateful to JAY-Z, Roc Nation, the NFL, and Pepsi as well as Snoop Dogg, Eminem, Mary J. Blige and Kendrick Lamar for joining me in what will be an unforgettable cultural moment.”

This will mark the third Super Bowl Halftime Show collaboration between Pepsi, the NFL and Roc Nation. In 2020, Jennifer Lopez and Shakira performed at Super Bowl LIV in Miami, while The Weeknd headlined the halftime show for Super Bowl LV in Tampa, Fla.

“On February 13, 2022, at the Super Bowl LVI in Inglewood, California, in the new SoFi Stadium, Dr. Dre, a musical visionary from Compton, Snoop Dogg, an icon from Long Beach and Kendrick Lamar, a young musical pioneer in his own right, also from Compton, will take center field for a performance of a lifetime,” Shawn “JAY-Z” Carter said in a statement.

“They will be joined by the lyrical genius, Eminem, and the timeless Queen, Mary J. Blige. This is the Pepsi Super Bowl Halftime Show. This is history in the making.”