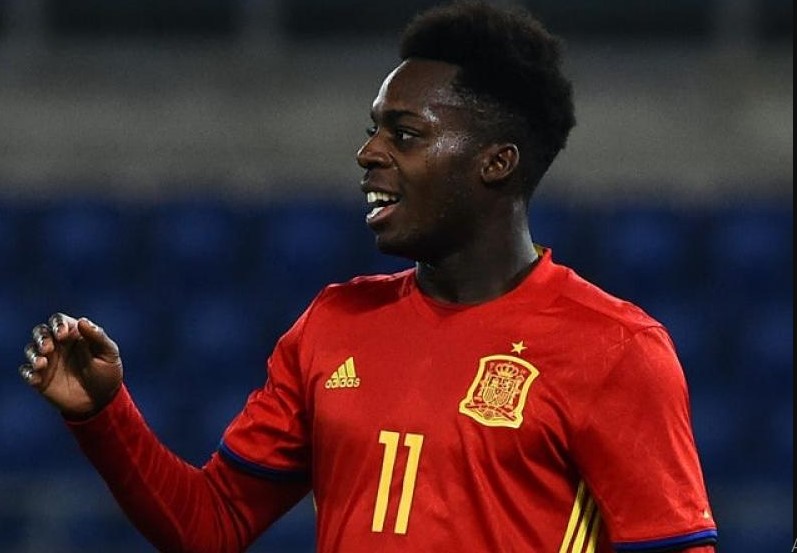 Athletic Bilbao forward Inaki Williams, who was born to Ghanaian parents, has been on the lips of Ghanaians for a long while now.

Following a dip in form by long-serving striker Asamoah Gyan, many have long-hoped the GFA could tap the Spanish striker to switch allegiance to Ghana. Indeed, there were rumours that the striker had turned down the GFA’s proposal; the football association never denied or confirmed the rumour.

Speaking to The Guardian, Inaki Williams, however, confirmed the rumours. He explained that he refused the GFA’s advancements simply because he doesn’t feel Ghanaian enough.

“I admire and love Ghana, the food, tradition. My parents are from Accra, and I really enjoy going. Ghana tried to convince me, but I was born in Spain, in Bilbao. I won’t ever forget my family roots, but I feel Basque and can’t con anyone. I would be comfortable with Ghana, I’m sure, but I shouldn’t be there.

“But I wasn’t born or raised there, my culture’s here, and there are players for whom it would mean more. So I don’t think it would be right to take the place of someone who really deserves to go and who feels Ghana 100%.” Williams said to The Guardian.

Williams has been reported by his mom to love fufu and groundnut soup. She also indicated that his love for ‘waakye’ and ‘shito’ is why he manages to play every minute for Bilbao.

This season, Williams set a Spanish league record with his 203rd consecutive appearance for Athletic Bilbao.