Boxers on weight for Idrowhyt Fight Night Saturday in Dansoman 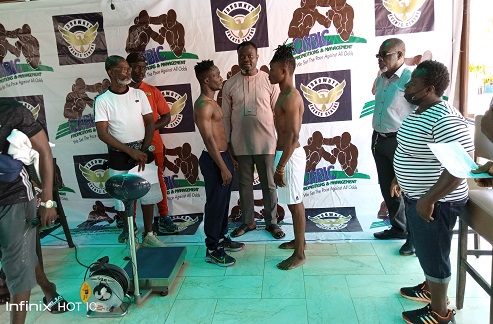 Tomorrow night will be a long night for boxing lovers in Dansoman and its environs as the Idrowhyt Centre hosts 10 thrilling duels on a night dubbed: ‘Idrowhyt Big Fight Night’.

Two international title belts and eight national titles will be contested for by some of the nation’s promising fighters and world title hopefuls.

This will be followed by a 10-round West Africa Boxing Union (WABU) bantamweight contest between Ghana’s Manyo Plange and Beninois Zanoun Prince.

The president of Cabic Promotions, Ivan Bruce-Cudjoe, promised more fights before the end of the year.