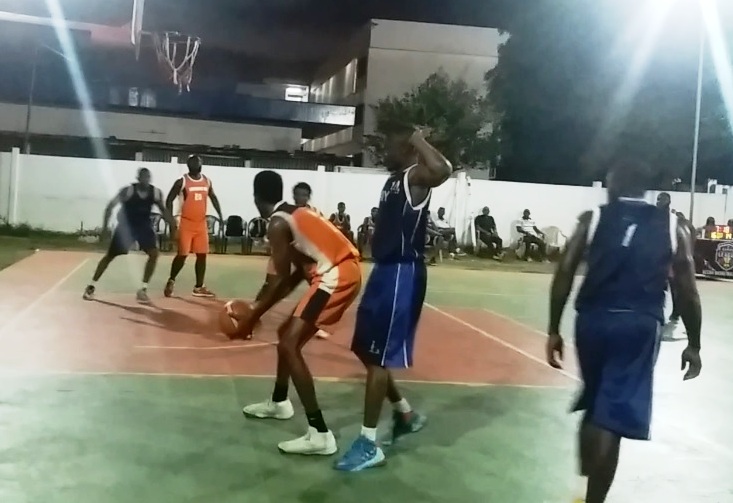 Leopards recorded a 68-46 win over Warriors in a 2021 Accra Basketball League (ABL) Men’s Division I Regular Season matchup. The 2019 League Finalist recorded its second win on the bounce after falling to Reformers of Prisons.

Leopards’ Emmanuel Mensah hit two three pointers in a quick start for both teams as Warriors got points from Faithman Oklu off a turnaround jumper. Leopards trailed 8-10 with 4:09 remaining. Treasure Botchwey scored to complete the comeback and Leopards a 13-10 first quarter lead.

Oklu opened the quarter with a jumper and Abdul-Salim Hussein scored six points to give Warriors a 20-16 lead with 5:22 minutes left in the first half. Gladson Evergreen hit a three pointer and Leslie Kormedodor completed a three point play in this run.

Samuel Atiapa slammed the ball and Kormedodor scored a jumper after shaking off his man with a jab step to end the third quarter 53-33.

There was controversy on the sidelines leading to the start of the final quarter as Warriors Coach Alexander Tindani challenged a call by an official that forced the game to stop for an extended period.

Navy went on a 5-0 run with Obed Vorjee scoring a three pointer and Oklu adding two points. Agger scored a trio of three pointers to end the run.