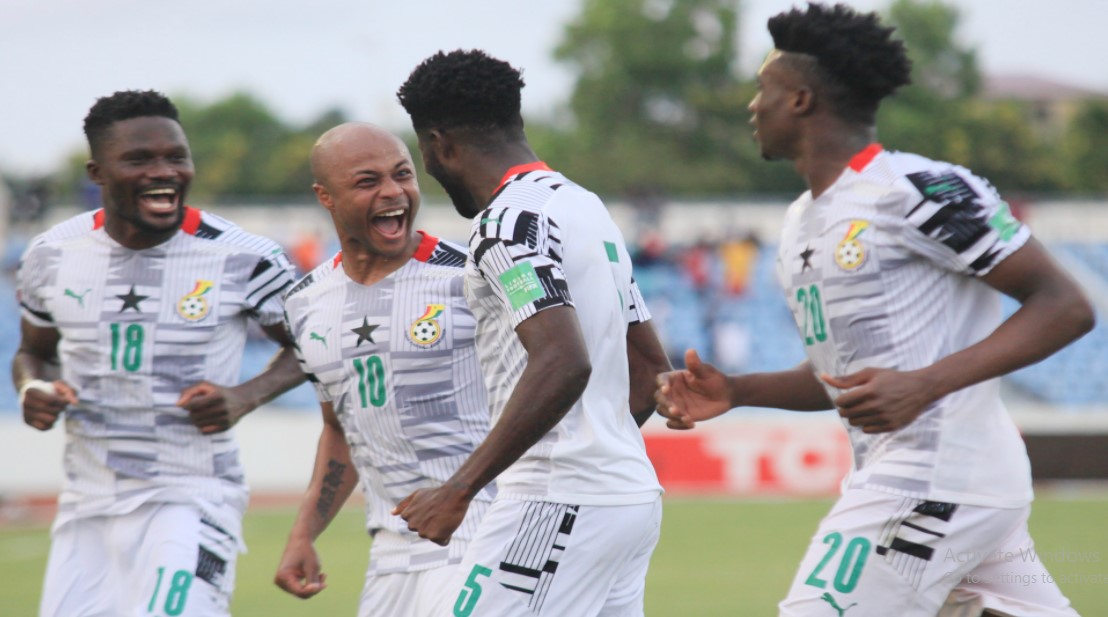 Ghana’s Bkack Stars returned to winning ways in the World Cup qualifiers after beating Zimbabwe 3-1 at the Cape Coast Stadium on Saturday in front of about 4,000 spectators.

The goals came from energetic youngster Mohammed Kudus, midfield dynamo Thomas Partey and captain Andre Ayew. The 3-1 scoreline was a true reflection of the game, and it would have been unfortunate if the team had not won after dominating for the most part.

The result – only the second time Ghana has scored more than two goals this year – means the Black Stars remain one point behind South Africa who beat Ethiopia by a similar scoreline earlier in the day.

It also means Milovan Rajevac who took over from Charles Akonnor in September has started his second spell on a fantastic note.

See photos of the match below