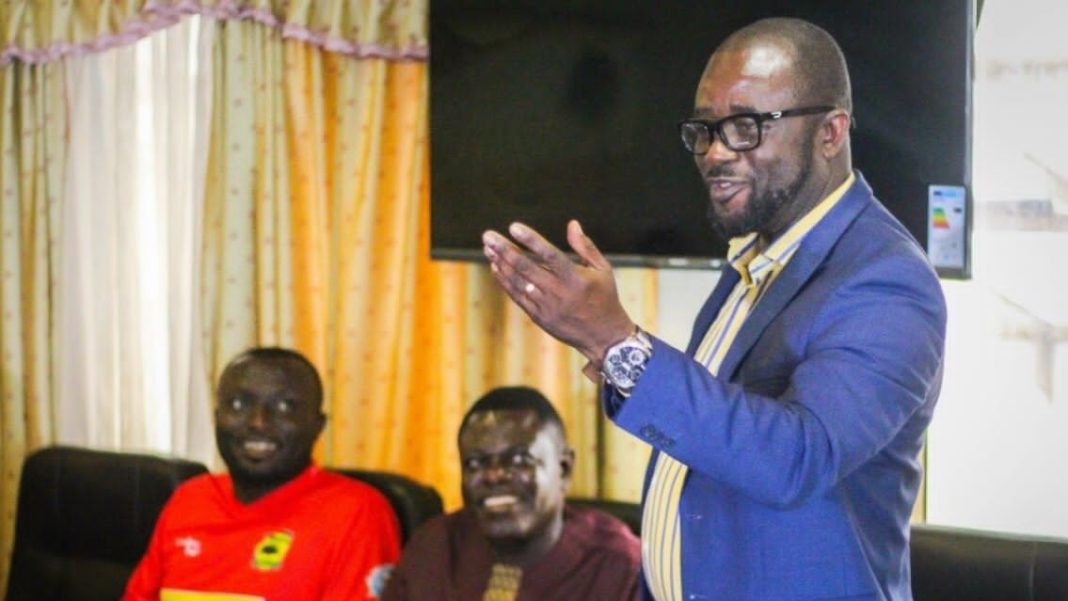 President of the Ghana Football Association, Kurt Simeon Okraku has urged Black Stars players to come together as a unit and play together as a team to clinch victory against Zimbabwe in the FIFA World Cup qualifier match at the Cape Coast Sports Stadium on Saturday, 9th October, 2021.

President Okraku was speaking at the Black Stars team’s hotel in Cape Coast on October 8th 2021 as the team prepares to battle it out against the Warriors of Zimbabwe later this afternoon at the Cape Coast sports stadium
“I remember one of the few things I said in the early days was that together as a unit we will win, when we get onto the pitch and the going becomes tough we need to stay with each other. When you see your fellow player struggling encourage them lift them up and let play as a unite, we have to win the game no matter what and I know we will definitely win. “ he said .
Head Coach Milovan Rajevac started his second stint with the Black Stars on Tuesday as he took the invited players through some though physical training sessions at the Cape Coast Sports Stadium ahead of the double header game against Zimbabwe on Saturday with the reverse fixture expected to be played in Harare on Tuesday afternoon.
All FIFA World Cup qualifiers will be live only GTV Sports+ and all GBC Radio and TV channels as well as Digital channels platforms.
Credit: GBC Online