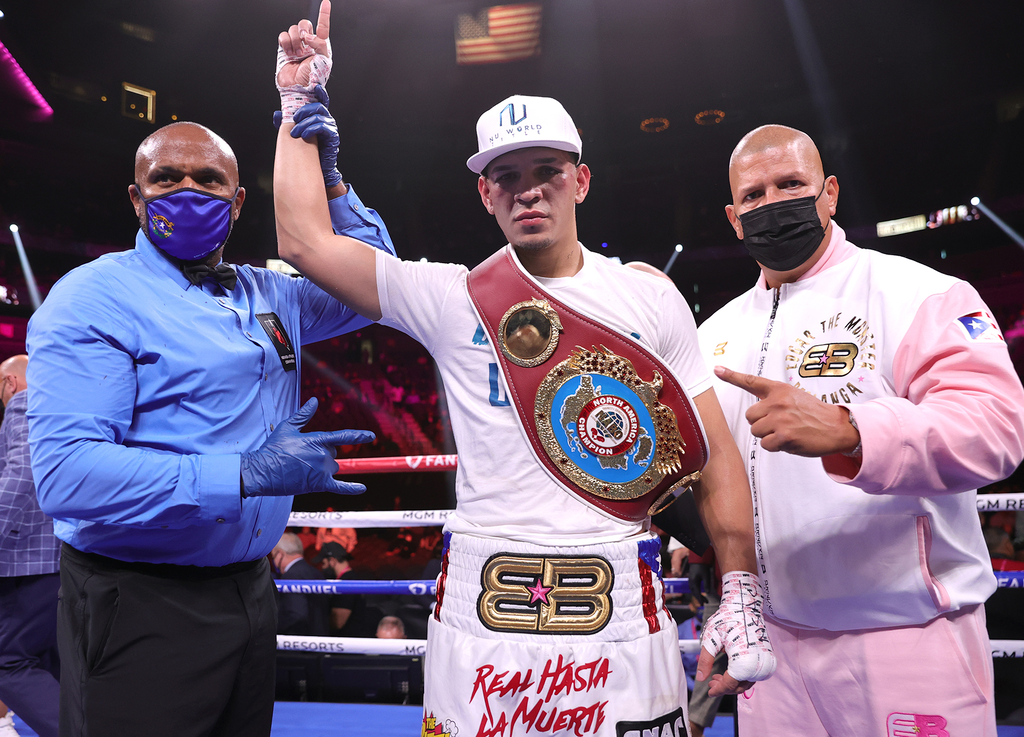 Berlanga controlled the first half of the bout, flashing his prodigious power which ultimately closed Coceres’ right eye shut. Coceres began opening up in the sixth, catching Berlanga with a stiff left hook. He continued to enjoy pockets of success despite being outgunned.

Coceres’ best moment came in the ninth, when he countered a Berlanga left with a beautiful overhand right. Berlanga crashed to the canvas but the Brooklyn, New York gamely rose to his feet, pressing the action until bout’s end.

In his first scheduled 10-rounder – the final preliminary bout before the start of the Tyson Fury-Deontay Wilder III pay-per-view portion of the card – Berlanga survived a ninth-round knockdown and won 96-93 on all three scorecards.

The fight was the first of a four-fight plan in place for Berlanga, one of boxing’s best prospects and most exciting punchers, as long as he keeps winning. With Coceres vanquished, Berlanga is due to next fight in the co-feature slot on the Vasiliy Lomachenko’s next fight on December 11 at the Hulu Theater at Madison Square Garden in New York.

If all goes well for Berlanga that night, he would have his first fight in Puerto Rico in March and then return to headline a card at Madison Square Garden on the weekend of the annual Puerto Rican Day parade in New York.

Berlanga, who began his career with 16 consecutive first-round knockouts before going the eight-round distance in his last fight in April, did not come close to starting another first-round knockout streak as Coceres burned a lot of energy bouncing around and moving side to side.

Berlanga went forward looking to land his money right hand and although he landed several rights in the early rounds he didn’t land his best one clean.

Coceres landed two hard right hands that bent Berlanga backwards in the sixth round that got the crowd excited, but Berlanga rebounded quickly.

Berlanga was having problems in the late going and they got worse in the ninth round when Coceres, whose right eye was badly swollen, scored a stunning knockdown of Berlanga on a clean counter right hand. It came just before the end of the round and Berlanga got the rest period to recover.