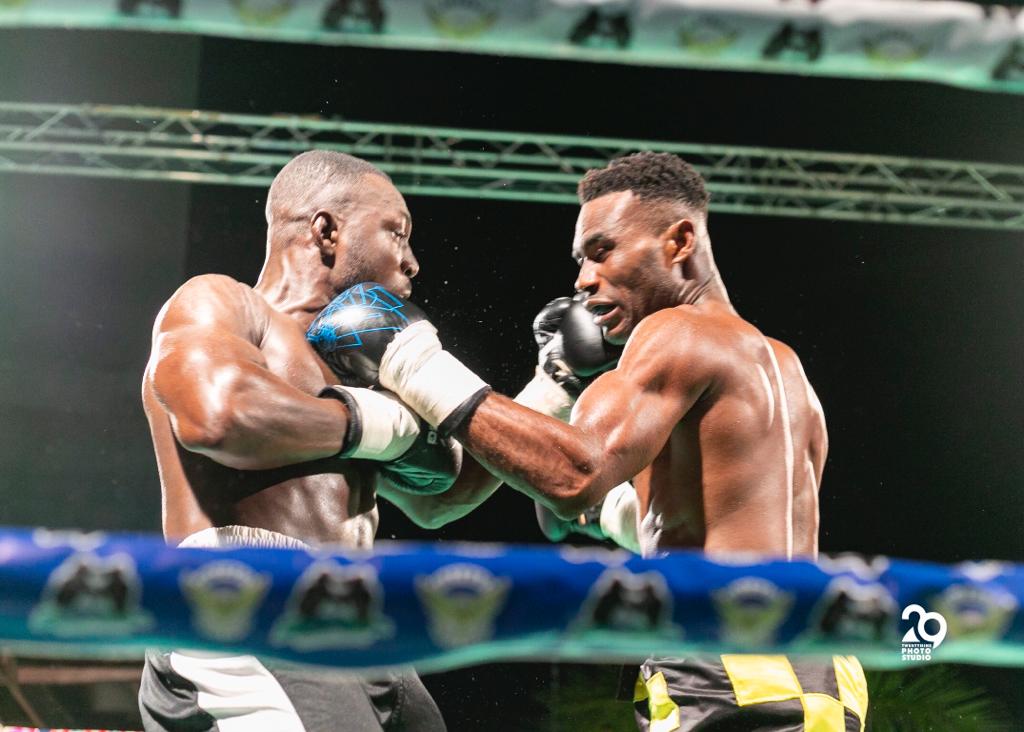 Middleweight boxer Emmanuel Quaye last Saturday night became the new national middleweight champion after knocking out his opponent Boateng Agyemang in the fourth round of the headline bout of the ‘Idrowhyt Big Night Fight’ at Dansoman, Accra.

Quaye, 31, who lost eight consecutive bouts after turning professional, unleashed a swinging right hook that threw Agyemang out of the ring to end a fight that lacked excitement and ring craft.

Both boxers moved to unsettle each other from the blast of the bell, trading punches that failed to land at their targets.

In the second round, Quaye (6-9-0) connected to the temple of his opponent, forcing him to miss his step and another to his chin to recoil him into the corner.

However, Agyemang — who tasted his first loss after winning fights in a row since turning professional — came back strongly in the third round and pushed Quaye back with swinging punches. The champion looked unruffled as he worked on Agyemang’s body with punishing shots.

Quaye’s trainer, Ofori Asare, advised the boxer to resort to upper cuts since his challenger ducked often with his face down while on the attack. This strategy worked for Quaye in the fourth round as he connected an upper cut to his opponent’s jaw before swinging a right hook that threw him off balance and out of the ring.

In a post-match interview, Quaye vowed to work his way up the division towards a world title fight in the not-too-distant future.

Jessie Manyo Plange with President of Ghana Boxing Authority, Abraham Kotei Neequaye and others in the ring after his victory

In other bouts, Jessie Manyo Plange successfully defended the WABU bantamweight title after stopping Zanoun Prince of the Republic of Benin in the first round.

Former world title hopeful and WBO Africa super-welterweight champion Patrick Allotey made light work of Benjamin Ankrah in their 10-round fight after stopping Ankrah in the fifth round.

Mubarak Abubakar beat Abdul Karim Charles in the second round of their eight-round middleweight contest, while Lesko Sossiya scored a fourth round technical knockout victory over Kwaku Avogah.

Isaac Aryeetey and Eric Tetteh settled for a draw after a clash of heads in their six-round flyweight duel.