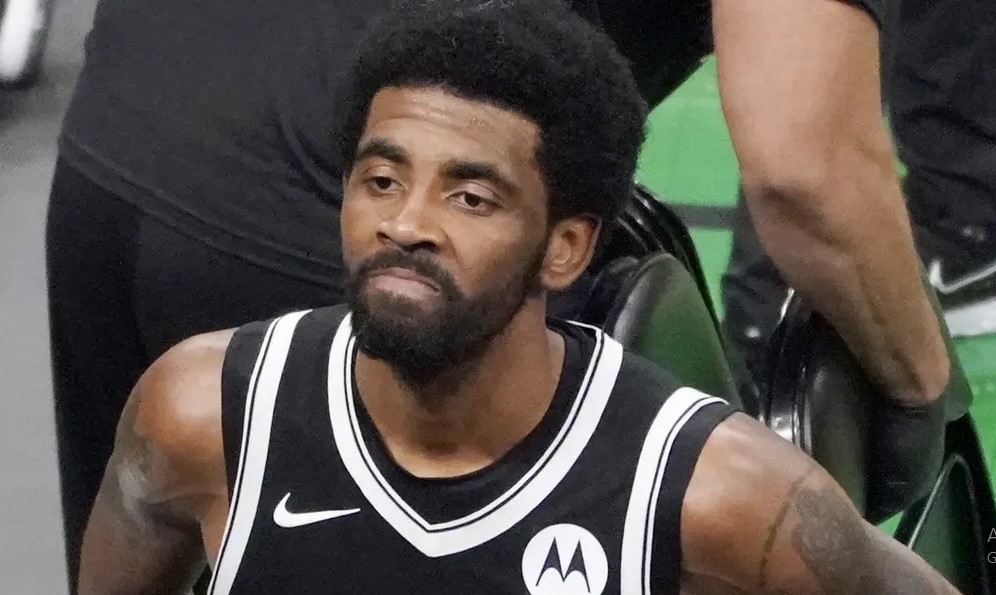 Brooklyn Nets general manager Sean Marks said Tuesday that Kyrie Irving’s decision to not comply with New York City’s COVID-19 vaccine mandate left the organization with “no choice” but to send him away from the team until he’s able to fully participate.

“Ultimately, yes,” Marks said during a hastily scheduled virtual news conference Tuesday afternoon discussing the team’s decision. “He has a choice to make, and he made his choice.

“Again, my job here is to make what we deem as the best decision and best choices for the organization moving ahead as a whole. They’re not always ones that are going to be met with open arms and a thumbs-up. These are hard decisions. Just like I’m sure it wasn’t easy for Kyrie either to have to make that [decision] to not be around his teammates.”

At 11 a.m. Tuesday, the Nets released a statement from Marks stating that the team had decided Irving was not going to have “part-time availability” and that he would be welcomed back once he complied with New York City’s mandate.

The vaccine mandate, which went into effect last month, states that anyone entering an indoor gym — including Brooklyn’s Barclays Center and Manhattan’s Madison Square Garden, the homes of the Nets and New York Knicks — must have had at least one COVID-19 shot.

As a result, Irving was unable to play in 43 regular-season games — 41 at Barclays Center, plus two at MSG — and another two preseason games in Brooklyn. Marks confirmed Irving would only lose money for those games, roughly $380,000 per game.

Marks also said, when asked if Irving’s fellow stars, Kevin Durant and James Harden, were consulted on this decision that “everyone” in the organization was aware of what was going on, but that he and owner Joe Tsai were the ones who made it.

“Ultimately, this decision was Joe Tsai and myself, and this decision came down to what we felt was the right move for the organization at this time,” Marks said.

The right move, in their eyes, was to try to move forward from a situation that has engulfed the Nets since the start of training camp, when Irving joined the team’s media day from his home because he couldn’t attend in person since it was held at Barclays Center.

Irving is estimated to lose $380,000 for every game missed

After flying to San Diego for training camp and practicing with the Nets for a week, Irving then wasn’t around the team at all last week before a change in the city’s ruling late Friday on the use of the practice facility because it is a “private workspace” — as opposed to a public one like Barclays Center.

Then, after Irving practiced Saturday and Sunday in Brooklyn with the team, he didn’t make the trip to Philadelphia for Monday night’s game against the Philadelphia 76ers.

“We’re just trying to navigate this thing,” Nets coach Steve Nash said before Monday’s game, when asked why the team chose to leave Irving at home. “We don’t really know what’s going to happen tomorrow. So I think really it’s … we’re just trying to take our time to figure out what everything means.

“New information seems to come in every week, and we’re just in that process of not only trying to navigate the information, the parameters, but also what’s coming down the line, how it looks and feels and what we can do to make this work and all those things. That’s all.”

That vague answer was replaced by a far clearer picture Tuesday morning — first by Marks’ statement, and then his news conference, in which he said he’d had several conversations with Irving about the situation before deciding this would be the way the team would proceed.

“Well, if he was vaccinated, we wouldn’t be having this discussion. I think that’s probably pretty clear.”

He also was asked directly whether Irving was vaccinated, to which he said, “Well, if he was vaccinated, we wouldn’t be having this discussion. I think that’s probably pretty clear.”

Marks didn’t, however, say whether he had given Irving the news personally when asked directly if he had.

“Kyrie has made it clear he has a choice in this matter, and it’s ultimately going to be up to him what he decides,” Marks said. “We respect the fact that he has a choice and he can make his own right to choose. Right now, what’s best for the organization is the path we are taking, and I don’t want to speak for Kyrie. At the right time, I’m sure he will address his feelings and what the path may be for him.”

But while Irving’s path may be undetermined, Brooklyn decided Tuesday that, a week before the Nets are set to open the NBA season with a game in Milwaukee against the defending champion Bucks, its path was not going to feature Irving until his vaccination status changes.

“I think we had everything on the board,” Marks said. “We looked at everything. When you make a decision like this, it’s one that you don’t want to do hastily. Again, involve all the parties, think about all the different outcomes, I think we all know what our objective is this year and how this, a decision like this, may be able to [impact] that ultimate objective. They are never easy decisions, but at the end of the day, I think we are looking at putting a group of people that are going to be able to participate fully and that is what this comes down to. And we’re not looking for partners that are going to be half time.

“I don’t think that would be fair to not only the team and staff and ownership and fans, but to be quite frank, not fair on Kyrie either when you are putting somebody out there that potentially can’t get the right ramp-ups and right buildups and so forth and look as good as he or the team should under a different set of circumstances. That is why this decision was ultimately made.”