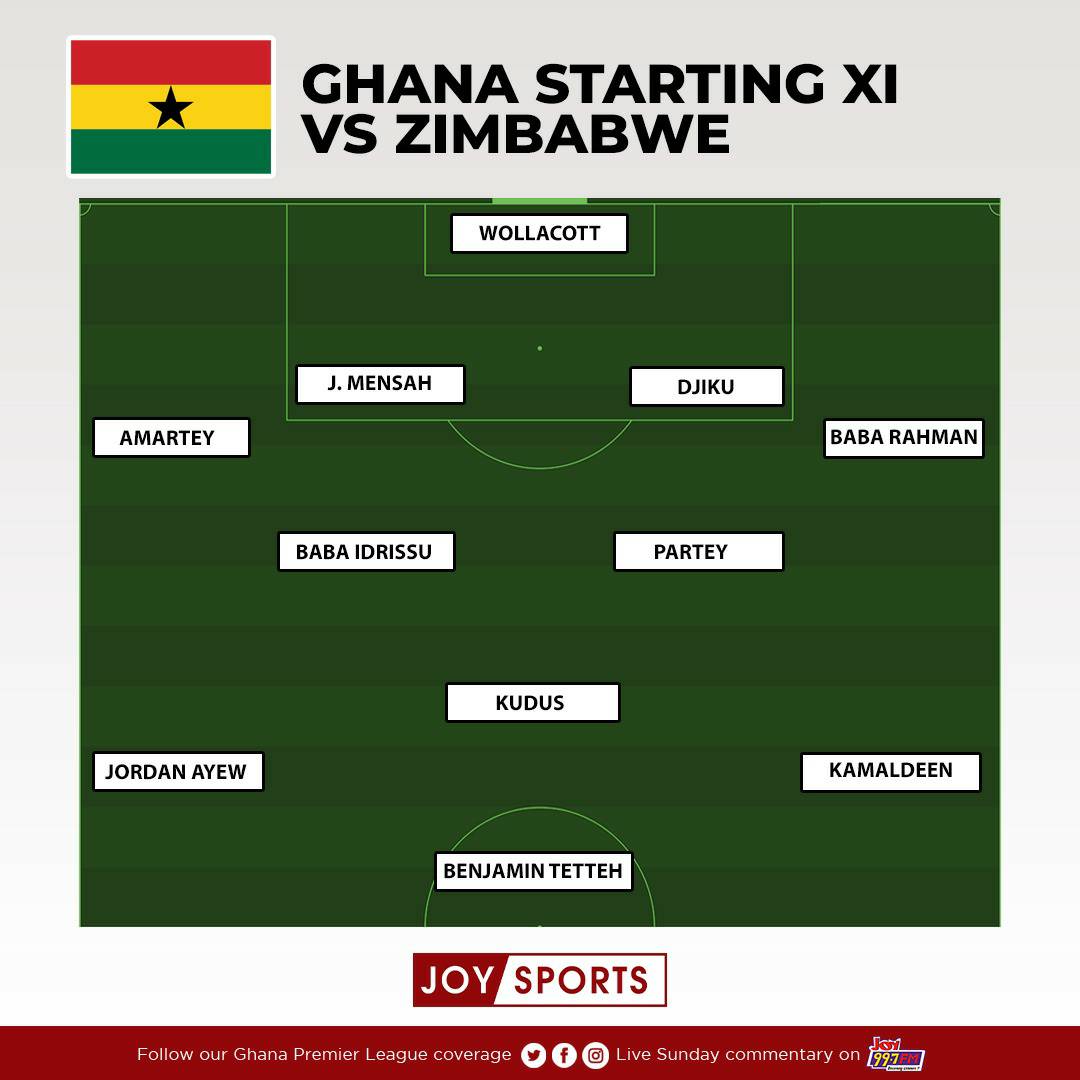 Andre Ayew dropped from Ghana XI ahead of Zimbabwe clash

Black Stars skipper Andre Ayew has been surprisingly dropped from the starting XI in the reverse fixture against Zimbabwe in Harare this afternoon.

Andre was on the scoresheet in Cape Coast three days ago as his goal sealed all three points for Milovan Rajevac on his second debut.

Benjamin Tetteh and Iddrisu Baba come into the team to replace Andre and Fatawu Issahaku.

The serbian trainer informed the skipper that he would not be a guaranteed starter as he was under previous coaches.

He is on the bench today.

The Al Sadd forward became the 10th player to score 20 goals or more for the Black Stars over the weekend.

With 97 appearances, the 31-year-old sits second on the all-time appearance list behind Asamoah Gyan who has 109 appearances.

In Ayew’s absence, Arsenal star, Thomas Partey steps in as captain of the side.