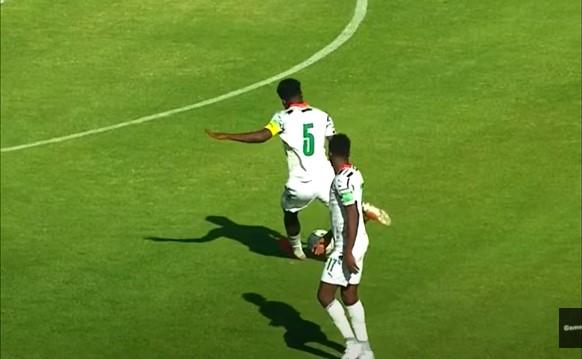 Khama Billiat returned to the Warriors’ starting line-up after he was suspended for the weekend clash, with Knox Mutizwa dropping to the bench whilst Ghana captain, Andre Ayew who scored in the first leg also started from the bench.

Arsenal star Thomas Partey who captained the Black Stars opened the scoring from a free-kick on 31 minutes, making it two goals in two games against the Zimbabweans.

Senegal became the first team qualify for the play-offs after defeating Namibia 3-1 at Orlando Stadium.

Famara Diedhiou was the hero for the Lions of Teranga on Tuesday afternoon, as he bagged a hat-trick with a strike in the 22nd minute and two more in the second half.

Mamelodi Sundowns star Peter Shalulile got the goal for the Nambians, who have only recorded one win from the four matches so far.