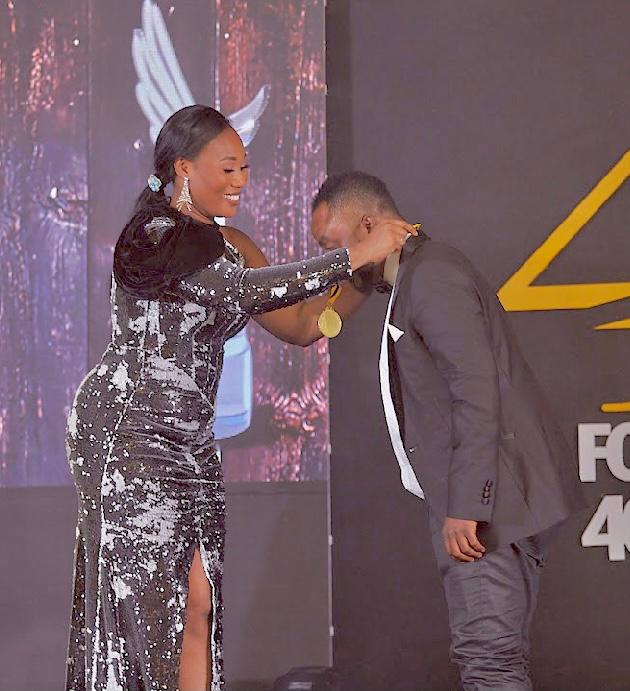 40 under Forty is an initiative from Xodus Communications Limited which seeks to identify, honour and celebrate a cross-section of the national most influential and accomplished young business leaders under the age of forty from a wide range of industries.

The prestigious awards is a recognition of his dedication and commitment in developing grassroot football, being the CEO of a highly respected football club advocating for best practices in the sector, as well as championing the development of other sporting disciplines and activities in Ghana.

Speaking to the media after receiving the awards, Abdul Hayye Yartey expressed gratitude to his family and everyone who have contributed to his success stories so far.

“I am grateful and honoured to win this award. It’s a good feeling when your works over the years have been recognized and awarded. I dedicate this award to my family, my staff, and to everyone who believes in me.

I hope to continue to use football and sports as a tool to help move talents from deprived areas to a comfortable setting.

Cheetah Football Club is a Division Two side based in Kasoa. Through his hard work and leadership qualities, the club has built a reputation as one of the best-branded clubs in Ghana, and a club known for producing young talented players. Also as a scout, he scouts throughout Ghana and other African countries bring them into his club, develops and finds foreign and national teams opportunities for them. Some of his players are Christian Atsu, Alhassan Wakaso, Emmanuel Toku, Emmanuel Bio, Mohammed Iddriss, Ernest Ohemeng, Kwasi Sibo etc.

His efforts saw his club construct the biggest and best Astroturf pitch in Ghana, called the Yartel Okoso park( The Predators Den) in Senya Beraku.

In 2020 the sports writers association of Ghana awarded him with the meritorious award for his contribution towards the development of sports in Ghana. The same year, he was also elected as a member of the Central Region Football Association Executive Committee.