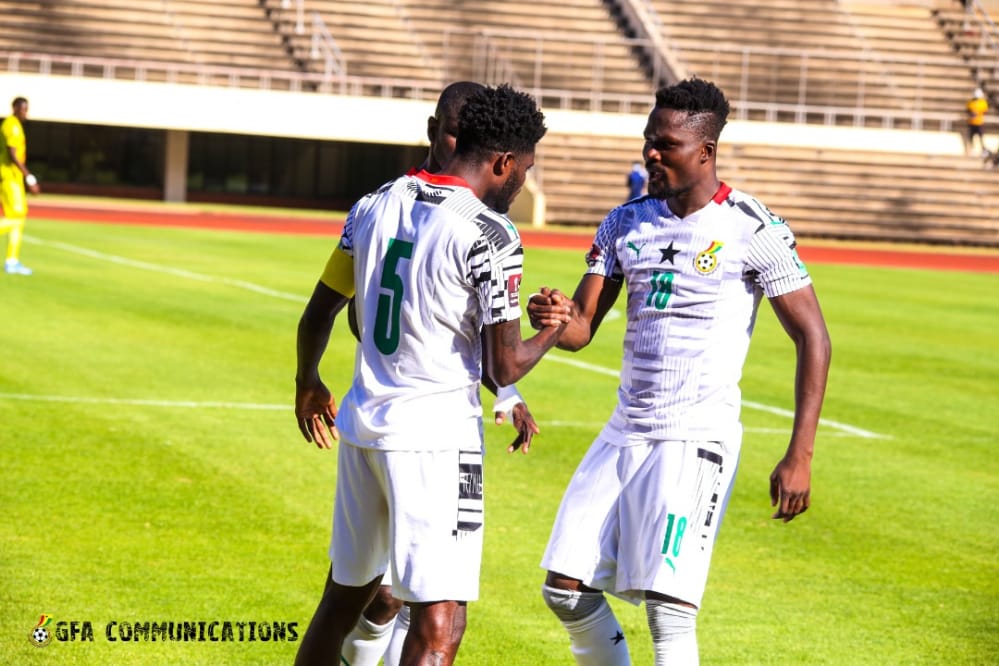 The Black Stars has had a long standing chronic situation when it comes to who wears the captain’s armband since 1992.

And it appeared the issue died a natural death during the reign of Stephen Appiah and John Mensah however the captaincy conundrum raised it’s ugly head under Asamoah Gyan – Ghana’s all-time leading scorer – with many questioning his leadership abilities which was reechoed when then head coach Kwesi Appiah in 2019, handed the armband to Andre Ayew inadvertently creating a non-existent general captain role for former Sunderland forward, Asamoah Gyan.

With Gyan on the wrong side of age 30 and struggling with niggling injuries Andre Ayew was named the substantive skipper with Arsenal’s Partey and goalkeeper Richard Ofori named as his deputies.

But following Milovan Rajevac’s decision to start the Al Sadd attacker from the bench, Partey had to lead the Black Stars in the reverse fixture against Zimbabwe on Tuesday afternoon.

As the ‘gods of football’ will have it, it was Partey’s solitary strike that clinched Ghana the much needed away win however some section of the public have raised eyebrows about the ‘wild’ celebrations of Daniel Amartey after Partey scored.

Johnson, affectionately called Foyoo did not mince words during an interview with Kumasi FM with the outspoken former Fenerbache star blasting the instigators of chaos and mischief.

“Ghanaians are our own enemies. We were struggling to win matches now that the team has won two games, You same people want to divide the team with captaincy issues” Sam Johnson fumed.

“People are saying the reaction from Daniel Amartey when Thomas Partey scored for Ghana against Zimbabwe confirmed he and his camp want Partey to be captain,”

“That’s absurd, excuse my words. We shouldn’t allow captaincy issues to divide the boys this time around,” he cried

“We should learned from Abedi Pele, Tony Yeboah, Akwasi Appiah, Abedi, in recurrent years Dede him and Asamoah Gyan has done more harm than good to the team.”

Ghana next face Ethiopia in Addis Ababa before wrapping up the second phase of the FIFA World Cup qualifier against South Africa next month, in what promises to be a showdown for a spot in the third and final qualifying phase to Qatar 2022.