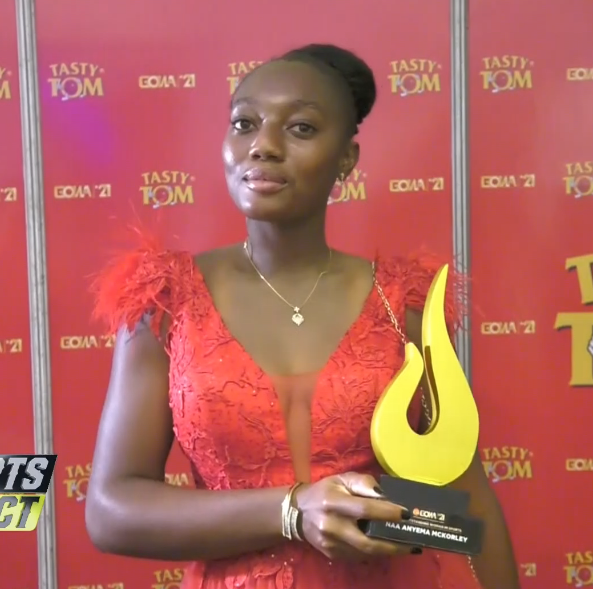 A member of the Ghana National Tenis Team, Naa Anima McKorley who is also a daughter of business mogul Daniel McKorley has won this year’s Sports Woman of The Year 2021 at the Ghana Women’s Award (GOWA Awards).

At the GOWA Awards, Naa Anima Mcauley swept the award in the women category of the Sports awards to the admiration of all gathered who described her as an enthusiastic sports woman.

In an interview after receiving the award, Naa Anima Mcauley said she was excited and amazed.

She however revealed that she trains constantly and play tournaments to be able to keep fit and become a professional hence, advised all others who want to become professionals to train as always.

“I train 8 hours in a day; morning and evening,” she said.

She expressed gratitude to her family especially her sister who also plays Tenis and described her as an amazing and a great support to her sports career.

Setting a goal for herself, Naa Anima Mcauley said she sees herself in the next five (5) years, playing Grand Slam and putting Ghana’s name on the map.