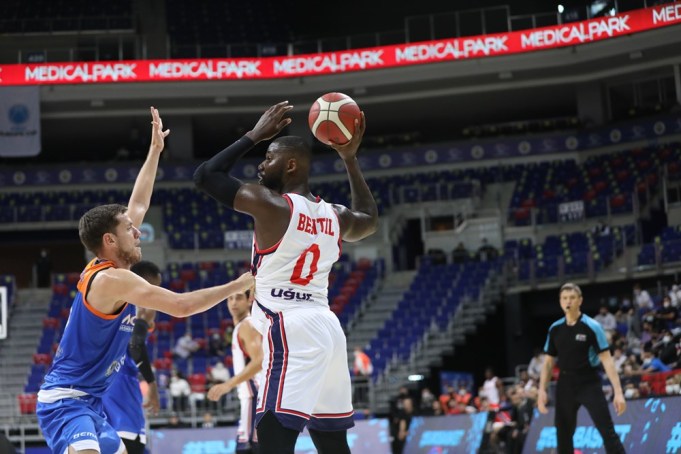 Ghana Forward Ben Bentil has been in action for Turkish side Bahcesehir Istanbul Koleji in the FIBA Europe Cup and has again delivered a top performance to underline his impressive early season form for his new club.

Bahcesehir beat Mornar Bar 75-68 in the regular season of the continental championship by emerging as the joint top scorer for Istanbul in the contest.

The 6 foot 8 inch Bentil stuffed the stat sheet by registering 17 points, five rebounds, an assist, two steals and a block in 25:50 minutes as a starter.

Teammate Oguz Savas also scored 17 points and added 11 rebounds for a double double outing; Bentil was one of five players to score in double figures for Koleji.

The best scorer of the game went to Monar’s Vladimir Mihailovic who produced 20 points as one of only three players to score in double figures for Bar.

Bahcesehir play Greek side Iraklis on Wednesday, October 20; Bentil played out three seasons in Greece before moving to Turkey earlier this year.