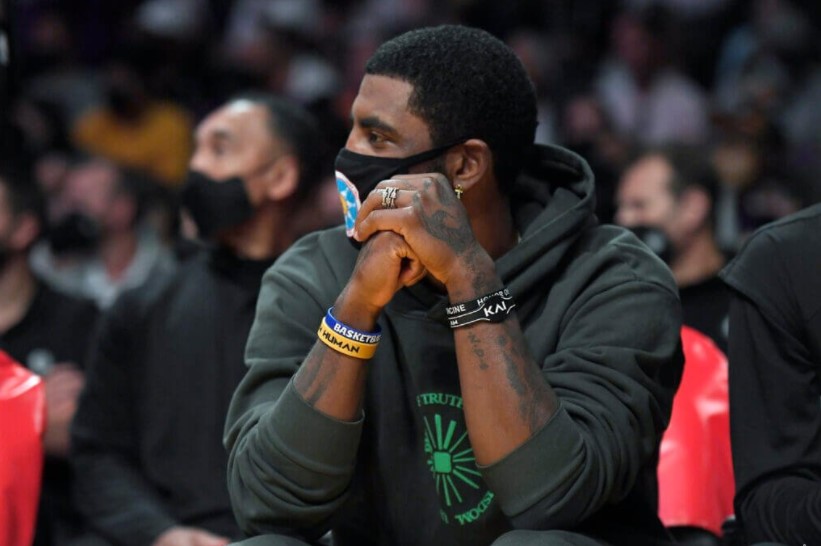 The Nets are on to life without Kyrie Irving, but with their lofty expectations still intact.

A day after general manager Sean Marks officially declared Irving a nonfactor until he gets vaccinated against COVID-19 or local mandates change, Steve Nash and his players were ready to move on with their new reality.

Irving had already been barred from home games at Barclays Center because of New York City vaccine mandates, but the Nets took the other half of games into their own hands, deciding they would not allow him to be a part-time player.

“It was a difficult decision,” Nash said Wednesday. “But I think it was a sound one and one that makes complete sense to everyone. We are just going to have to move on. And, if things change, it will be incredible to have him back in the fold. But it was a tenuous situation to have a player in and out like that. So, there’s more clarity and we can focus on the future and keep going.”

The team practiced Wednesday for the first time since getting clarity on Irving’s situation, less than a week away from the season opener, and said their end goal of winning a championship remained unchanged.

“Kyrie believes in his beliefs and he stands firm and strong on that,” James Harden said. “For us, we respect it. We all love Ky. But as far as us, we have a job to do. Individually, myself. I’m still wanting to set myself up for a championship. And I feel like the entire organization is on the same path, and we’re all, as a collective unit. We’ll keep pushing forward and we’ll try to do our best every single day to get better and keep going as a collective unit.”

At least for the foreseeable future, that unit will not include Irving, the seven-time All-Star point guard whom Nash and Harden said they had not spoken to since the decision came down.

Nash said he briefly addressed the team before Wednesday’s practice about the news, noting the group in front of him was the one they would be moving forward with.

“Now just every single game, you’ve got guys that know what their role is,” Harden said. “Consistently, what they’re supposed to be doing night in and night out.”

Irving has not spoken to reporters since the team held its media day on Sept. 27. He repeatedly asked for privacy when asked about his vaccination status or potential availability, and said he did not want to create a distraction.

Instead, Irving’s status continued to be a daily question throughout camp, until the Nets stopped waiting for something to change.

“For guys to be able to not have the uncertainty is important,” Nash said. “It’s not kind of hanging over us. A decision was made and I think that can be beneficial to us starting to really build and have that understanding that this is what’s happening. We were living in a world that was very uncertain. We weren’t sure from one day to the next what was going to change or what was going to happen. That can be difficult and that can put an extra strain on everybody.”

Harden said he, Irving, Kevin Durant, Nash and Marks all had conversations leading up to the decision, but that the front office ultimately called the shots.

The Nets, who will play their preseason finale Thursday night against the Timberwolves, entered training camp as the clear favorites to win the NBA championship (+240 at BetMGM). News of Irving’s absence for an undetermined amount of the season did not immediately impact the odds, and the Nets remain the team to beat with Durant and Harden leading the way.

“We still have two pretty good leaders on the team,” Harden said. “Obviously Ky is our leader as well. But we still have obviously myself and Kevin. [We] have to lead, which we’re pretty good at that. Go out there and be great every single night.”