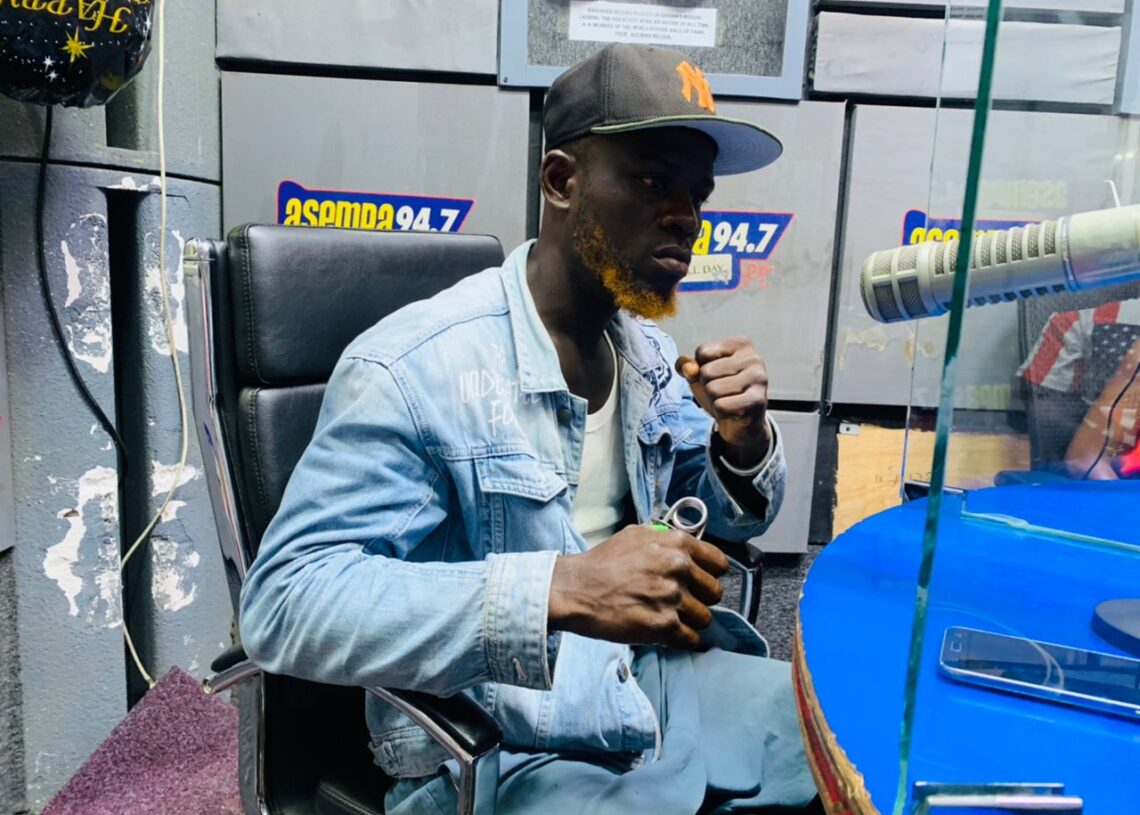 Nukpe, 31, has recorded 7 knockouts in his 13 fights and is determined to outfox his opponent in the ring at the La Palm Royal Beach Hotel.

The tough-talking boxer who hails from the Volta region insists he is unfazed by Quaye’s fans tag ‘Stopper’ and will defeat him on the night.

“I don’t think so [I am not frightened by his name]. I have told him to strip that title off his head. He can’t stop me. The only boxer that has ever stopped me is Sheriff Quaye. Since then, nobody has ever stopped me,” he told Enoch Worlanyo on Asempa FM’s SportsNite show.

“This fight is a fight of redemption for me. I’m going to put Quaye to his level. He disrespected me so I came all the way from the Volta region to show him that I’m not scared. I’m been in Accra twice already in two weeks but he has been running away from me,” he added.