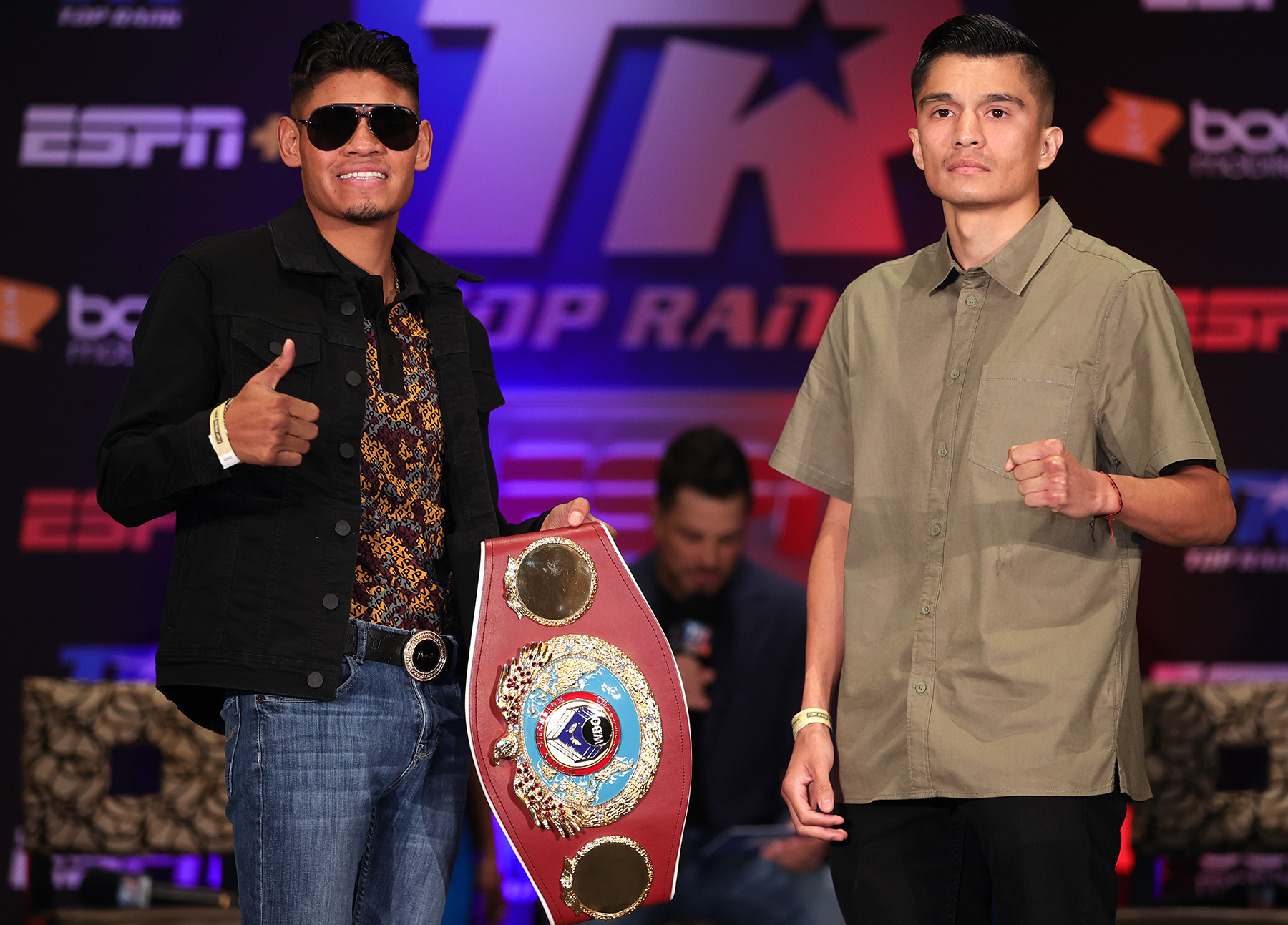 SAN DIEGO (Oct. 13, 2021)— One of Mexico’s most decorated champions, WBO featherweight king Emanuel “Vaquero” Navarrete, knows the challenge at hand is a formidable one. The former junior featherweight champion will make the second defense of his featherweight title against Joet Gonzalez this Friday at Pechanga Arena San Diego. Gonzalez is making his second attempt at a world title, while Navarrete hopes to improve to 10-0 in world title fights.

In the 10-round welterweight co-feature, San Diego native Giovani Santillan (27-0, 15 KOs) will take on the hard-charging Angel Ruiz (17-1, 12 KOs). Ruiz is coming off April’s decision win over the previously undefeated Bobirzhan Mominov.

At Wednesday’s final press conference, this is what the combatants had to say.

“I feel very strong. I’ve seen changes in my body for the best, and I think this division is the best for me.”

“I think this is going to be a tough fight. He is a tough opponent. We are basically fighting in his hometown, closer to where he lives. Without a doubt, he’s a great fighter. He always comes forward. I expect a tough fight.”

“Moving up is not something that I’m considering now. I’m just focused on the fight with Joet. What I’ve heard is comments, but I’m not really thinking about moving up.”

On his first title shot against Shakur Stevenson

“Sometimes it’s just not your night. I work hard and train hard for every fight. I don’t take nobody lightly. It just simply wasn’t my night. I rebounded with a win over Marriaga, and I think I showed the public I’m here to fight the best out there.”

“It’s not an easy fight. It’s a tough fight. Navarrete has a style that’s very unique, very hard to figure out, and that’s why he’s a champion. I trained really hard, and I’m coming with everything. I’m planning on leaving Friday night with that belt.”

“It means everything. It’s my childhood dream. I always wanted to be a world champion. That’s why I started boxing in the beginning. That’s the plan, to bring that belt back home.”

“This means a lot. It’s what we worked so hard for all my life. My dad and I always talked about having these big shows in San Diego and representing our city.”

“We’re focused. I’m lucky to have a huge support system. I got my friends and my family. They haven’t really been asking for free tickets. If anything, they’re letting me know, ‘Hey, I bought tickets. I bought this amount of tickets and am coming out to support you.'”

“It’s very special for me to be fighting here in San Diego. I grew up close by here. To all my family and friends that are coming, expect the best version of me. I’m coming with everything.”

“I lived all my life in Tijuana. I know San Diego. I lived a year here in Chula Vista. I’ll have a lot of the public here to support. This is my opportunity.”