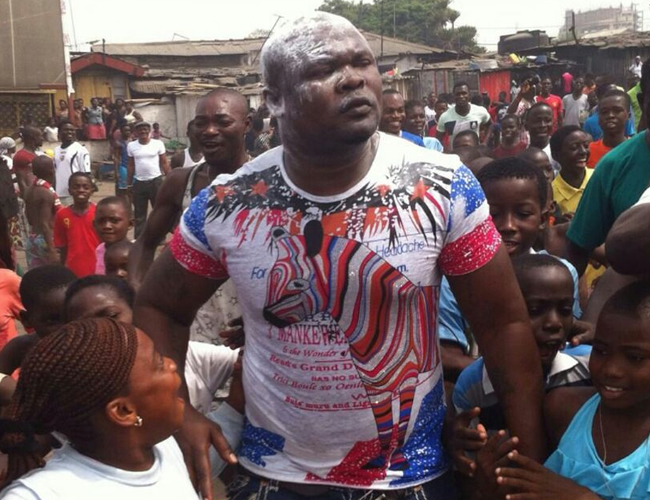 Former WBO Africa champion Bukom Banku may have gathered some ring rust but is set to return to the ring as Ghana’s highest earning home-based boxer during next year’s calendar.

He will rake in GH¢600,000 (around $100,000) within a three-fight deal with Ghanaian promotional giant Box Office Promotions, led by Alex Ntiamoah-Boakye.

The former number 5 contender on the WBC light heavyweight rankings has already signed on to what will be worth about GH¢200,000 per fight.

The deal signed on Sunday October 10 at the Alisa Hotel in Accra, will see the boxer face some tough yet-to-be-named opponents during the 2022-23 boxing calendar, as the deal is expected to last 18 months.

The figures are a major improvement on the GH¢35,000 purse he earned back in May 2014 when he fought and defeated Ayittey Powers (Michael Ayittey Okine) before a crowd of almost 20,000 fans in a high profile non-title bout.

In the last two years, the highest earning boxers on the local scene in Ghana have earned between GH¢5,000 and GH¢7,000.

Ghana’s Lightweight champion Michael ‘One Bullet’ Ansah, for instance, made GH¢7,000 in his third meeting with Sherrif Quaye in what was a heavily subscribed bout.

“We at Box Office are excited about getting Bukom Banku back in the ring in grand style. We are confident that be can treat us to some good bouts, ” Box Office Sports Promotions CEO told Joy Sports in an exclusive chat.

According to the Box Office boss, arrangements have already been made for Brimah Kamoko to have his training camp in the UK.

“We want him to stay off all distractions that can possibly affect his training and sound of mind while here at home,” Alex Ntiamoah-Boakye added.

Brimah Kamoko has been inactive since winning his first bout outside Ghana in 2019 in the UK.

At age 41, Banku has a record of 30 wins and a loss with 23 of the wins coming via knockout. Banku suffered the only defeat of his career to 2008 Olympian Bastie Samir in a highly subscribed bout at the Bukom Boxing Arena on October 22, 2017.

The latter, later pulled out of an agreed rematch which was expected come off in June 2018.

Ahead of the execution of this agreement, however, Bukom Banku has an existing contract with S3 promotions in which he is scheduled to fight boxer and military officer, John Napari in December this year at the Bukom Boxing Arena.

Joy Sports sources indicate that Box Office Sports are in discussions with Mr. Henry Addo Welbeck, the CEO of S3 Promotions to buy Banku out of the December bout.

Banku and Napari were scheduled to fight some years earlier but the latter had to chicken out due to personal challenges.

Banku would be mounting his training camp in the UK to enable him spare himself from the distractions from friends and family.

Bukom Banku is expected to train under Lee Beard who is popular for handling former world light welterweight and welterweight champion, Ricky Hatton.

The former African light heavyweight champion, is expected to fly out of Ghana in the last week of October to begin preparing for the fights.

Key Factor for landing the deal

This big move from Box Office Sports Promotions has been necessitated by the multi-fight partnership deal with Probellum which is owned by seasoned former Golden Boy Promotions CEO, Richard Shaefer.

The latter with his clout and experience in making some of the biggest international bouts in the last two decades, wants to grow strategic partnerships on the continent.

These are expected to grow into big fight platforms.