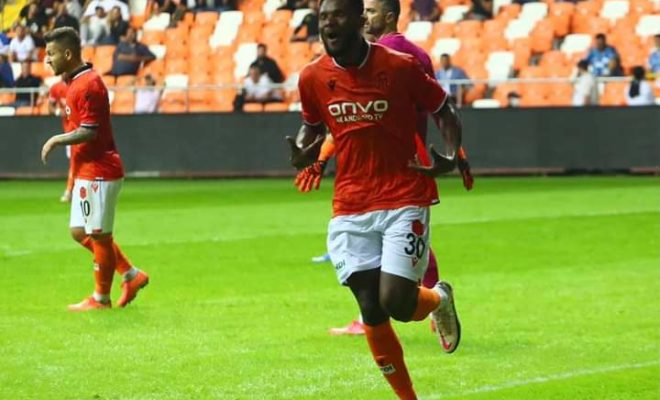 Ghanaian International Benjamin Tetteh was on target this afternoon in the Turkish Supa Lig as his team Yeni Malatyaspor beat Adana Demirspor 2-0.

Tetteh who was named in the starting XI as usual was a delight to watch as he gave the opponents several anxious moments in the opening minutes.

He however broke the deadlock in the 36th minute silencing the home crowd.

Ivorian International Simon Deli scored an own goal for the home side to take the lead to 2.

Tetteh was eventually substituted on the 79th minute and replaced by Walter Bwalya.

The Black Stars new boy played in both games against Zimbabwe in the last week’s FIFA World Cup qualifiers.