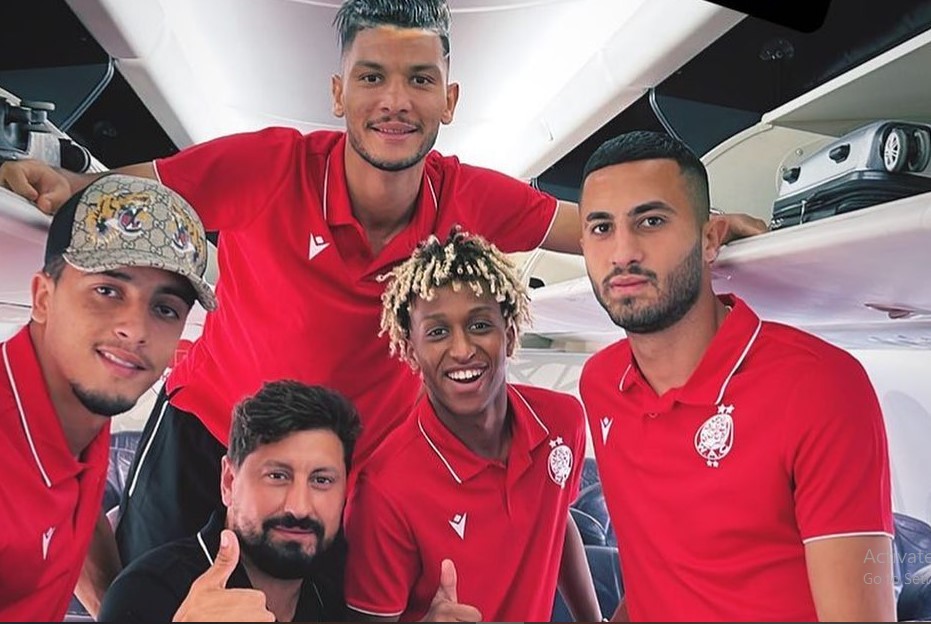 Moroccan giants Wydad Athletic Club have successfully arrived in Ghana ahead of the Caf Champions League second round first leg against Hearts of Oak at the Accra Sports Stadium on Sunday.

The two-time African giants touched down with a contingent of over 40 people including players, technical team members and the club’s top hierarchy.

However, they were without head coach Walid Regragui and one of his assistant coaches after the duo were tested positive of Coronavirus ahead of the trip to Ghana

Also, WAC will be without former captain Walid El Karti as the experienced midfielder opted to sign for Egyptian side Pyramids FC last week.

Meanwhile, Jalal Daoudi and Guy Carel Mbenza who have been very influential for them in the Moroccan League did not come to Ghana since they were not registered for the Caf Champions League due to late arrival at the club.

Wydad Athletic Club will train at the Accra Sports Stadium on Saturday afternoon at exactly 3pm.