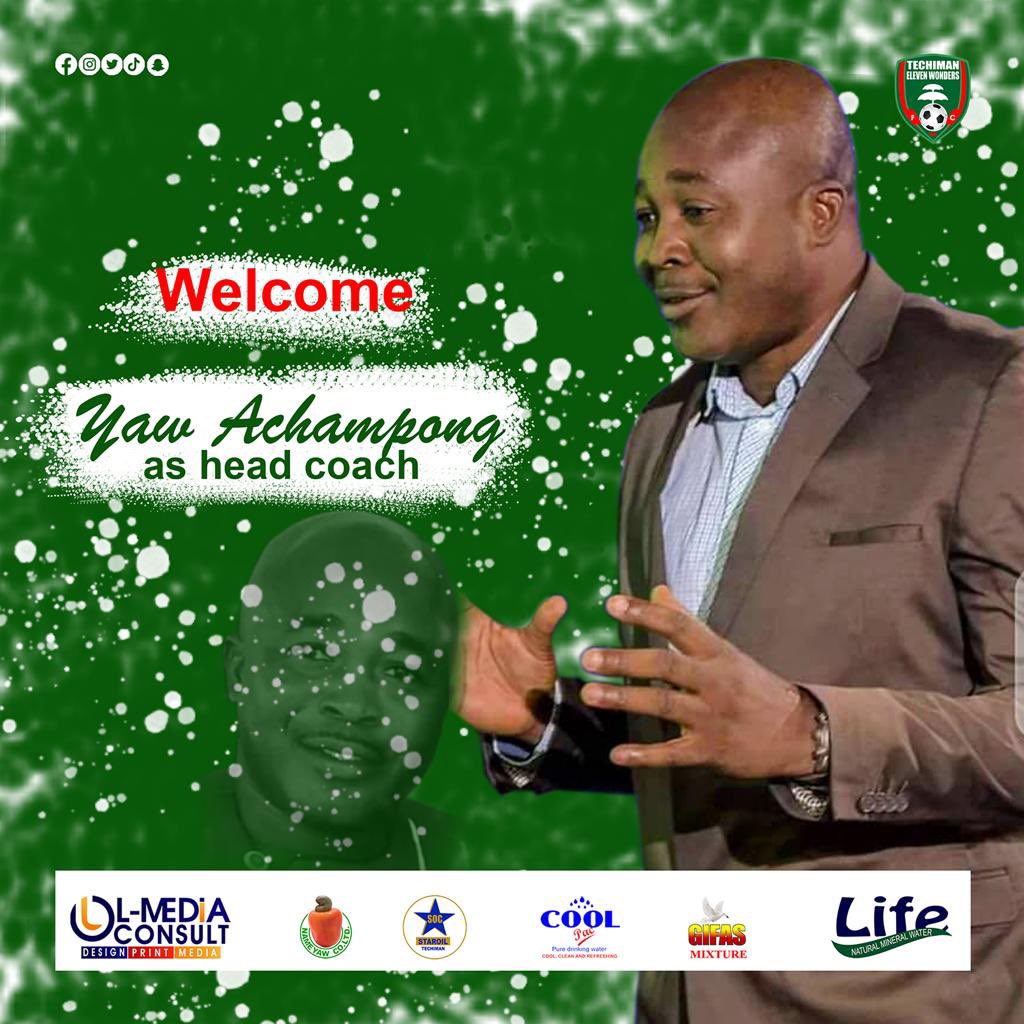 The Techiman-based club announced on their social media pages on Saturday, 16 October 2021, but the duration of his contract remains unknown.

Coincidentally, Acheampong’s last club in the Ghana top-flight was with the Tarkwa-based where he was co-coach with Yaw Preko.

Acheampong has rich coaching experience in the Ghana Premier League having had stints with a host of clubs including AshantiGold, a club he captained during his playing career.

He has handled Tema Youth, once served as an assistant coach at Asante Kotoko, Inter Allies and Elmina Sharks.