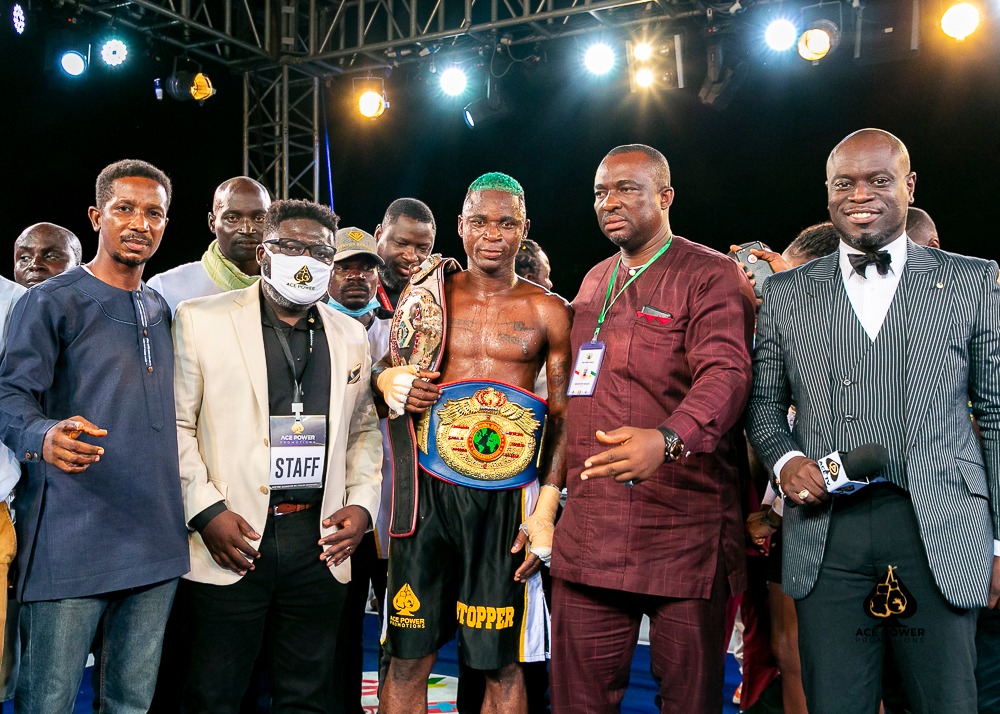 Highly touted Holy Dorgbetor made something of a break-through for himself as he won the vacant UBO Inter-Continental Featherweight title with a hard-fought victory over Success Tetteh.

This was an all-action encounter, as the boxers decided to go toe-to-toe in the first round. The pace continued to be high, but from the fourth round Dorgbetor started to find his rhythm better than Tetteh, and used his superior reach.

Dorgbetor scored a flash knock-down in round eight, landing a jab, but Tetteh claimed it was a slip and got up quickly. Tetteh marched on, landing his own hard shots in every round, but Dorgbetor was effective in mostly controlling him on the back foot.

As they entered the championship rounds, Tetteh looked tired but showed heart and determination in abundance. Dorgbetor had a big round eleven, and scored two more knock-downs in the twelfth to put an exclamation point on his victory.

Judges Michael Neequaye, Clement Ashong and Shadrack Acquaye saw the fight widely in favour of Dorgbetor, 120-106, 120-105 and 119-105 respectively, but those scores doesn’t do the effort of Tetteh justice by any means.

Nukpe down and out after just a minute in round one

Quaye floored Nukpe with a well-placed left uppercut, but the Ghana-based Togolese appeared to beat the referees count quite easily.

However, when everyone thought the fight was about to continue, Nukpe, in what was a stark contrast to the bravery shown by Tetteh in the co-featured bout, simply made it clear that he did not want to continue.

The show, televised live in Ghana on GTV and streamed world-wide on Facebook, was promoted by one of Ghana´s leading promotion outfits Ace Power Promotions.