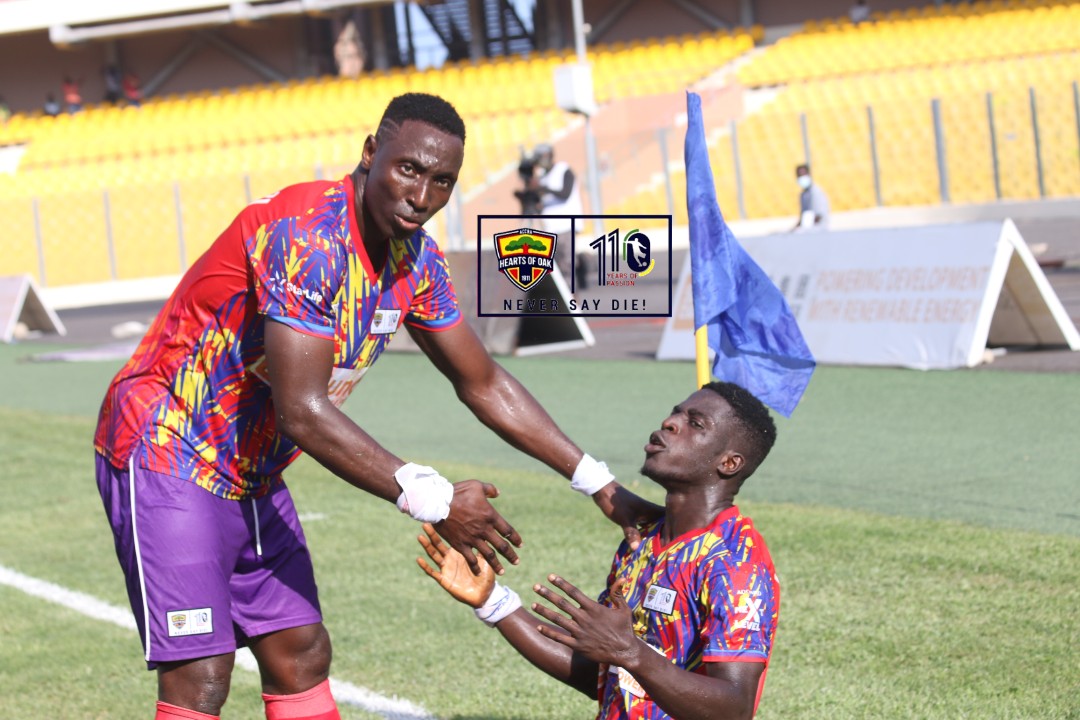 The Phobians boss, Samuel Boadu, made two changes in the line up that defeated Guinean club CI Kamsar in the preliminary round as he deployed a 4-2-3-1 formation in order to attack his opponents from all angles.

Hearts began the game with the same defensive setup used against Kamsar but Caleb Amankwah’s place in midfield was taken over by Frederick Ansah Botchway as the former failed to pass late fitness test.

Kofi Kordzi also came in to partner Isaac Mensah with Ibrahim Salifu and Afriyie Barnieh attacking from the wings.

Hearts came close to breaking the deadlock by the seven minute after Kordzi connected a pass from Salifu but his last ditch effort went wide.

Hearts finally got the opener by the 42nd minute through Mensah. Ibrahim Salifu sent in a wonderful cross and Mensah calmly slotted in beyond the reach of Wydad AC goalkeeper Ahmed Tagnaouti.

After the break, Hearts pushed men forward in search of second goal but the strikers fluffed all the chances that came their way.

Hearts appealed for a penalty by the 68th minute after Salifu appeared to have been brought down but the referee wasn’t ready for their calls.

Hearts were left off the hook on the verge of full time after Wydad AC scored what they thought was the equaliser but the referee ruled it as offside.

Hearts will travel to Rabat next week for tue return fixture. The winner after the two legs will qualify to play in the group stage of the Caf Champions League while the loser drops to participate in the Caf Confederation Cup.