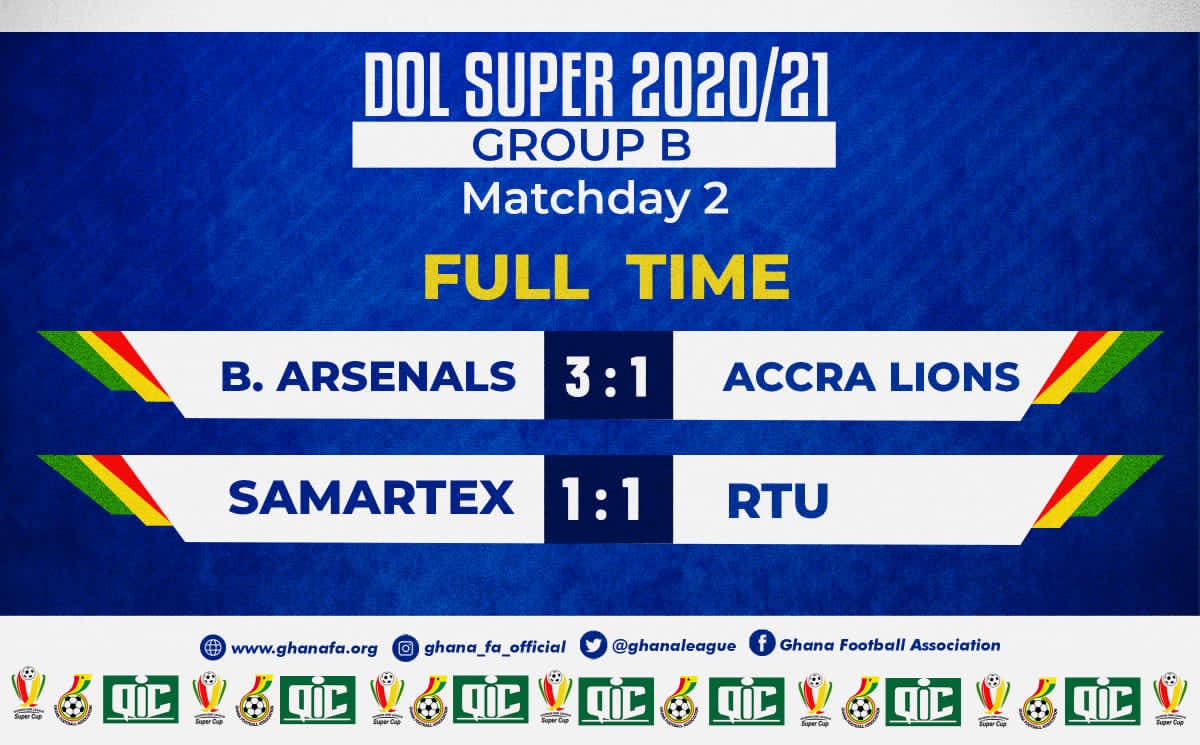 Samartex 1996 held Real Tamale United to a 1-1 stalemate on match day four of the Division One League Super Cup.

The Sameraboi lads who lost their first match of the campaign to Accra Lions went into the game aiming for all points to keep their semifinal aspirations intact. But were perked back as early as the 14th minute of the game when Stephen Dankwa Badu netted the opener for Real Tamale United.

Dankwa Badu weaved his way through the Samartex defense before slotting home in the 14th minute.

The tempo of the game changed immediately after the game as Samartex took the game to their opponents with some lovely inter positional play and imposing football.

The pressure paid off as Samartex scored 10 minutes later to draw level.

Emmanuel Adu Siaw connected from a lonely set piece for the equalizer in the 29th minute.

The result takes Real Tamale United to the top of the table with 4 points following their opening day win against Berekum Arsenal.